Siem Reap and the Temples of Angkor

The fact that Ben’came with me for a full 2’days of walking around temples is testament in itself to the fact that they are rather spectacular and this even though one of the days began at 4.30!

We arrived in Siem Reap having spent the previous few weeks doing a lot of traveling and moving around and so before we had even got here we had decided that we would spend 4 nights here in order to have some chill out time as well as time to explore.’ It turns out that that was a very sensible decision as Siem Reap is a very pleasant town to spend some time.’ It is much calmer than Phnom Penh and the people are extremely friendly. 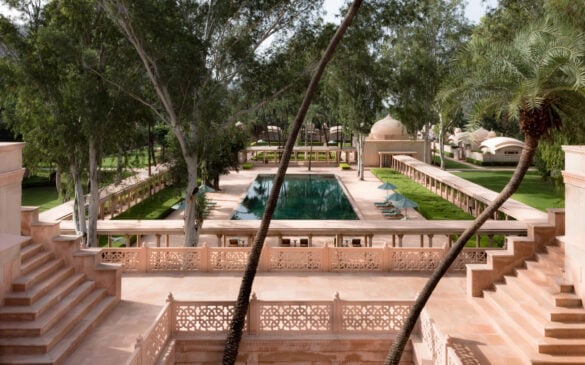 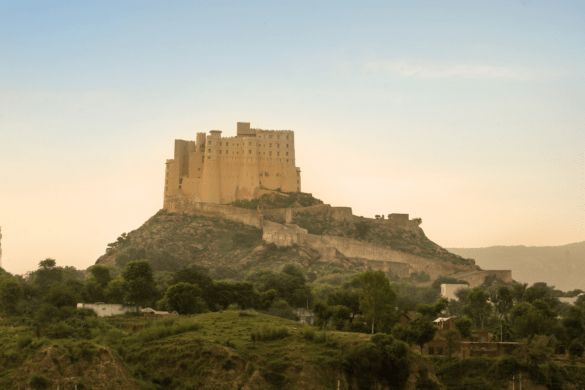 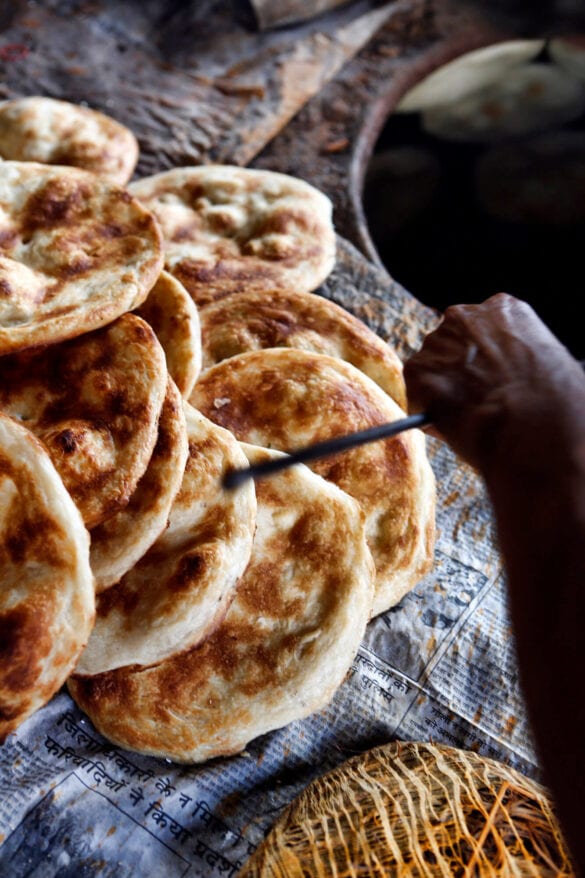 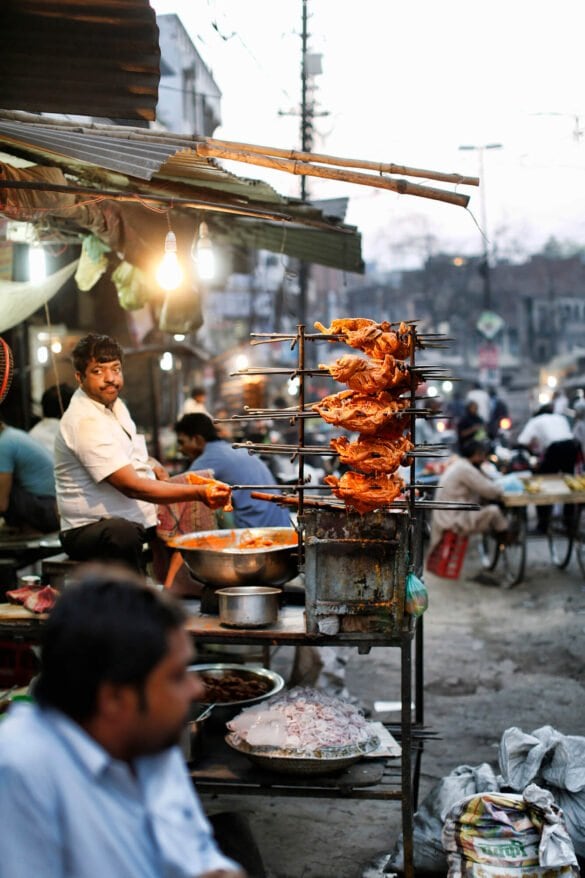 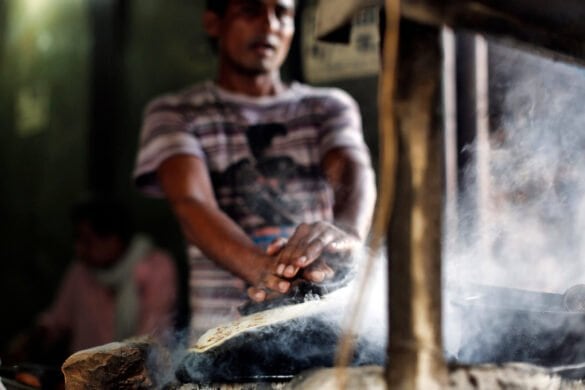 Although you are asked every 2 meters whether you want a tuk tuk, when you answer ‘no thanks’ you are invariably met with a wide smile.’ Siem Reap as a town is obviously built for tourists and this does detract from it being completely Cambodian. Nevertheless, the bars, markets, restaurants and hotels still maintain a Cambodian feel and with a never ending choice of places to eat for very reasonable prices, it is a nice place to be.

We decided that we would take two days to see the temples.’ On the first day we arose wearily to the alarm as it went off at 4.15am in order to be in our tuk tuk for 4.30 to head out for sunrise at Angkor Wat.’ The photo of Ben that was taken upon arrival at the ticket office is testament to the displeasure he felt at being up at that time.’ But, sitting on the bank with a hot cup of coffee in our hands watching the colors change around the Angkor Wat was very special.’Arriving so early also meant that we could explore the temple in all its glory with the early morning sun, before the later heat of the day.’ It is a spectacular site and the intricacy’of the carvings are a site to behold.’ It is interesting’how much of the Indian influence was’maintained by the Khmer’rulers who had made their way over to this part’of the world.’ Although it is now a place of worship for Buddhists, it was originally built’as a dedication’to the Hindu god’Vishnu, who was seen as the protector of the Kingdom.’ The bas-reliefs’that run all around the’first level of the temple are remarkable in their detail and tell stories of great Khmer victories as well as Hindu myths and legends.’ It is easy to imagine the splendor of the place and the statement it’made about the power of the Khmer Kingdom at’its height.

On that first day we spent 9 hours visiting 8 different temples.’ By’the end we were definitely ready to get back to the hotel for a soak in the pool, but each and every one had different characteristics and so you did not feel as though you were doing the same thing.’ We used the tuk tuk to take us to one of the further temples, Banteay Srey, which is about 25 km from Angkor Wat.’ It is tiny in comparison to Angkor Wat,’yet exquisite in the detail of its carvings and charming in its character.’ The’journey also gave us the opportunity to take in some beautiful surrounding countryside as the wind swept through our’hair in the tuk tuk.’The temples ranged from the magnificent Angkor Wat, to the tiny Bantry Srey, to the tall Prasat Leak Neang, to the wild Preah Khan and all of them’are testimony to the magnificence of a’ancient kingdom and when compared to the buildings we have in the west from the same period, show how’advanced the civilization was for the time -‘a fact that we in the west sometimes forget.’ We even managed to find ourselves in the midst of a Busshist ceremony at one with around 30 orange clad monks leading a procession of people chanting around the center of the temple, offering gifts of sweets snad praying as they went.’ We were swept up in it and it was again quite a surreal and special moment.

The next day we wanted to do something different, so instead of hiring another tuk tuk we hired 2 bicyles and explored on our own.’Cycling around the area’was like spending the afternoon in a massive park and was enjoyable in itself.’It also’meant that we’could take in the temples at’own pace.’ We did the ‘mini tour’ which was’about 35km in total’and took in Ta Prohm, which as a mass of jungle and tree’roots intertwined with the temple.’ This is one of the many temples built by Jayavarman VII who went on a massive building spree during his reign.’ He made his new capital city Angkor Thom and this was our final stop.’ Within the city walls is the magnificent Bayon with its massive towers with huge faces carved in.’ It also contains the Terrace of Elephants.’ Another couple of pleasant hours was spent there before the heavens opened and our plans to watch the sunset behind the temples were quickly dropped as we jumped on our bicycles and cycled back in the pouring rain to the hotel.

The temples are an interesting mix of Hindu and Buddhist imagery and it is truly mind blowing just how many magnificent buildings there are in such a relatively small space.’ Getting a guide to tell you the stories of at least some of the temples is highly advisable as this adds to the interest of the places.

The other thing of note around this area are all the children desperate to sell you water, postcards, bracelets and books.’ They are at every single temple entrance and run alongside you for several yards not wanted to hear your first ‘no thanks’.’ They are unbearably cute and your instincts are to buy things from them.’ It makes you sad that so many of them spend their childhood running after tourists.’ On the other hand, you worry that buying from them only encourages their parents to keep sending them out.’ We were worn down by one very cute and persistent little girl and I am now the proud owner of 5 bangles brought for a dollar!’ It is always a feeling of guilt that you are left with as you continue walking and repeating ‘no thanks’.’ But the problem is bigger and cannot be solved by giving them a dollar for some postcards.’ The only thing I hope is that some of the money we are spending in Cambodia will eventually find its way down to these children and not all remain in the hands of the rich and the corrupt.

So, after a day of chilling out by the pool reading our books and being decidedly uncultured, we are off to Laos tomorrow after our time here has flown by.