Now Vang Vieng is pretty much all about tubing as the numerous tee shirts you see worn in South East Asia advertise.’ But Vang Vieng does offer some other great excursions.’ The town itself has been shaped with a young western audience in mind and has numerous bars playing Friends on loop.’ However its surroundings are quite amazing.’ There are rolling hills carpeted with lush jungle dissected by the’Nam Song’river and a few spectacular caves.

Tubing itself is the art (!) of floating down the’river in an old tractor’s inner tube whilst visiting the many bars that line the route downstream.’ Each bar has some sort of young adults’ playground attraction -‘whether it be a large rope swing/zip wire or a large wet maintained mud pit!’ You can simply choose to float down the river on the tube and go straight down taking about 2hrs or you can stretch the journey out to a whole day (and for some peoples) nights activity.’ Harriet and I chose the latter!’ We found some Ozzie and Kiwi friends and enjoyed a days full programme of fun.’ It was only the day after that we realised we were not still 18 and both bore the scars of messy rope swing water entries and nursed a rather large hangover!’ Its not for everyone but we had a great laugh.’ It could probably be described as the Ibiza/Khao San road of Laos….

The town does, however, provide some other great ways to spend your time in the attractive surroundings.’ We signed on to a days Kayaking that included visiting two caves.’ The kayaking was a great way to see the surrounding countryside and as we were going downstream it wasn’t hard work.’ Saying that we did manage to capsize our kayak in some small rapids providing great humour for our guide!’

The first cave we visited had been closed for 2 days due to the high water level caused by some pretty spectacular tropical storms.’ When we arrived we were sure it was still closed due to the very small entrance hole that was visible just above the water level .’ However our guide told us all was fine and then gave us the choice of the 20min visit or the 1hr visit.’ We opted for the longer one which proved to be the adrenaline adventure route!!!’ We soon found ourselves ducking into the cave strapped with head torches and life jackets and navigating a large water filled cavern.’ This thinned out’and’descended into’a very low tunnel section bottomed with deep slimy mud! We had crawl through this on hands and knees for 10mins hoping that each corner was the last one we would come to!’These extremes proved to be the continuing theme for the rest of the hour and by the time we found ourselves back in the land of the living we all felt liked we had done something wild but thrilling.’ The second cave was land based and’ converted into a Buddhist temple.’ What a contrast!

There are a number of other trips you can sign on or you can simply hire a mountain bike and go exploring.’ We thoroughly enjoyed our few days in Vang Vieng but were glad of a few days rest once we reached our next destination.’ 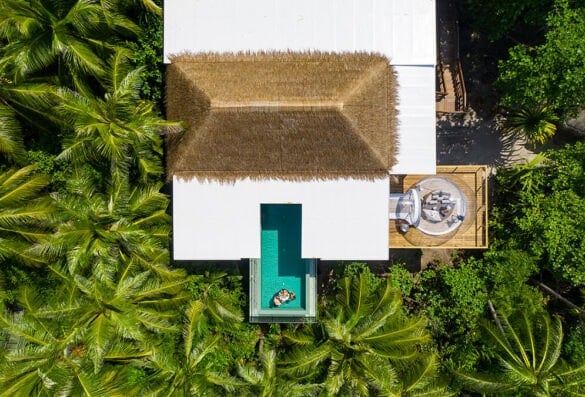 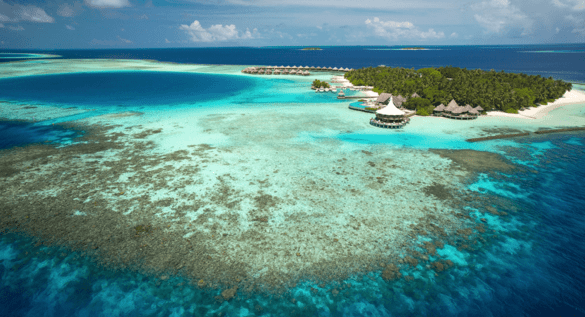 One of the best house reefs in The Maldives. 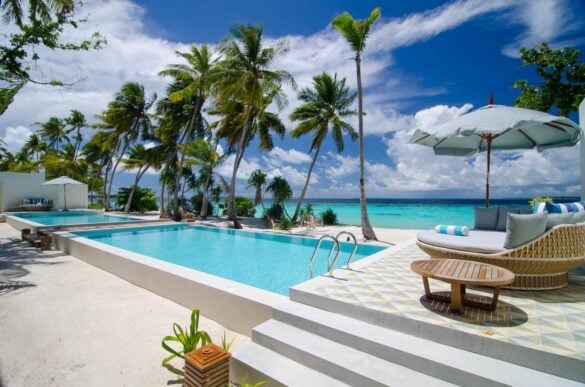 Are you looking for some wellness therapy? 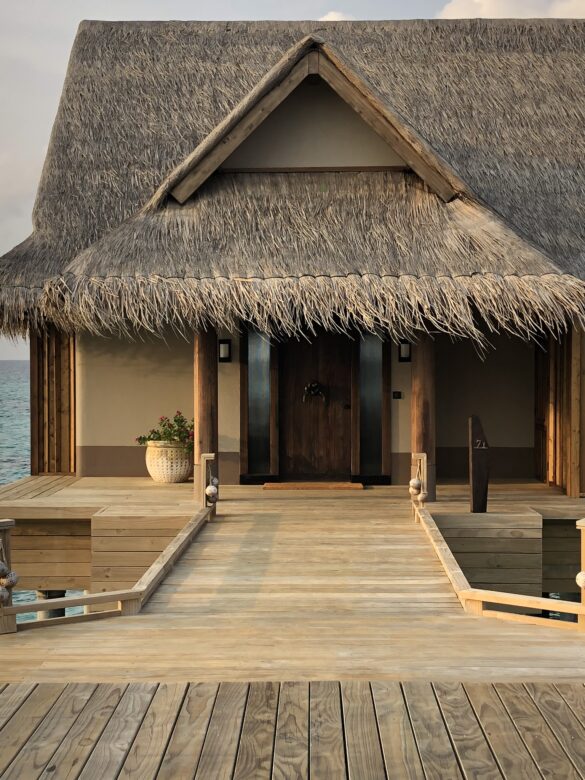 Your overwater villa entrance at Joali 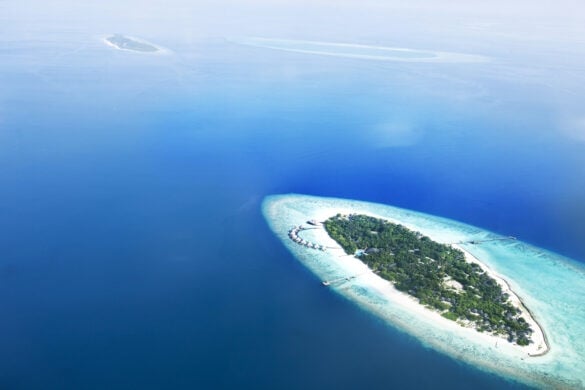 Our Top 10 Travel Experiences in Laos

Laos Airlines to fly from Pakse to Danang!