APD Tax Abolished from 1st May! 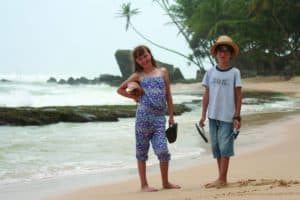 Milly and Alexander in Sri Lanka in 2015 – their mother is now cross as she paid APD in full!

As someone once said (Benjamin Franklin according to Google), “there are only two certainties in life: death and taxes”. It’s not often you get good news on the tax front but from 1st May, 2015 APD (Air Passenger Duty) has been abolished for children under 12.

We’ve been passing on this saving for our family holidays to Sri Lanka and South East Asia ever since the change was announced, but we wanted to mark the date when a unfair tax was actually lowered. It’s been getting increasingly unreasonable year by year since it was introduced by Kenneth Clarke in 1993.

It will make a substantial difference to our family trips – making child prices genuinely lower than adults and we’re celebrating by paying for the flight of the second child of any family who books a holiday with us between today (22nd April) and the 30th April, 2015. To find out more enquire here.

Is there still appetite for luxury travel?