Considering Aung San Suu Kyi assumed the position of State Counsellor of Myanmar (de facto Prime Minister, position specifically created for her), we thought it timely to mirror those changes and update our traveller safety information on the mysterious land that is Myanmar. 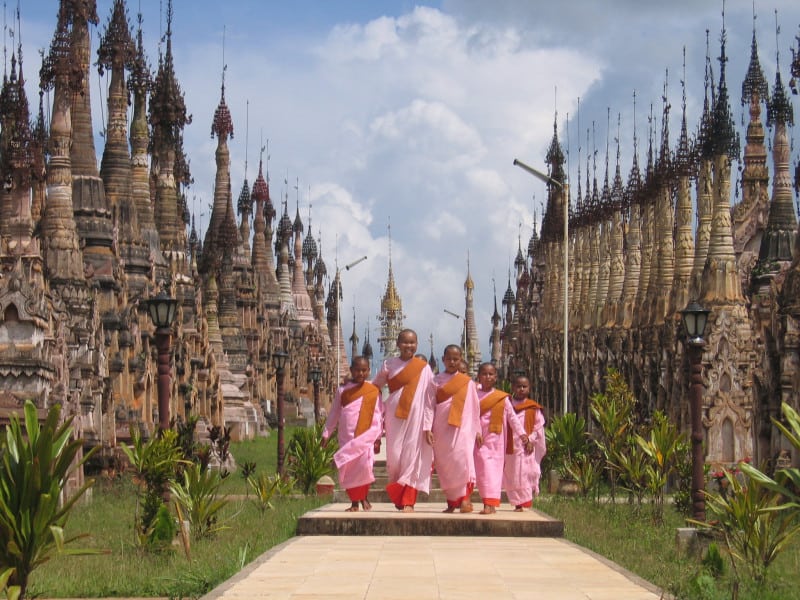 Since independence in 1948, a succession of civil wars and nearly five decades of military dictatorship have shaped Myanmar and its image in the world. Nevertheless, the iconic pagodas and temples, stunning natural beauty, rich cultural heritage and delicious cuisine have never been forgotten and still awaken our imagination. The news all travellers have been waiting for is that the situation has been steadily improving and the country is opening its doors to tourism. As long as you follow FCO advice, Myanmar is safe.

Chances of conflict in Myanmar, if any, are specific to certain locations and administrative units within the country, and the FCO would be well aware of the potential for conflict. Consequently, Experience Travel Group would never send travellers there.

Since 1992 the government has been very supportive of opening borders to tourism, and with the election of the military-backed civilian government in 2010 this policy has now become practice. The Burmese people have expressed their clear desire to participate in the development of responsible tourism and since the general elections in 2015 have swept the National League for Democracy to power this industry continues to flourish. Aung San Suu Kyi has changed her previous position on tourism since her release and has publically stated that as long as “it was done responsibly, visitors could have a positive effect on the people and the environment”.

Although a safe country to visit, culture specific issues should be kept in mind when visiting Myanmar. Politics and other sensitive topics should be avoided as one can unintentionally cause problems for locals. Well meaning inquiry deserves tact and a sensible approach. Despite NLD winning the absolute majority of seats in both chambers of the national parliament, the behind the scenes power structure has not altered greatly and there are still many prisoners of conscience.

Overall, aside from the political situation, many of the same issues present in Myanmar are familiar worldwide… primarily, petty thievery. Take necessary precautions and don’t make yourself an easy target.

Objectively, travel to Myanmar is safe and a truly exotic adventure we encourage you to indulge in. Be informed and respect the local way of life. Have a wonderful experience and simultaneously contribute to the country’s development.

Health:  Before travelling to Myanmar check with your GP whether you are up to date with British vaccinations required. Fit for Travel website is extremely useful to consult for the latest medical suggestions.

Thanks Philly for sharing this amazing post. It was really comprehensive reading. I am planning to visit Myanmar with my family in this winter. This post has encouraged me a lot to make my Myanmar trip plan.

Really glad you found it useful. Have a fantastic time with your family, don’t hesitate to get in touch if we can help with anything else.