The British Colonial Period in Ceylon

Anecdotes from our Ceylon headquarters!

On the 4th of February, 2015, Sri Lanka celebrated its 67th anniversary of independence. The fight for independence started soon after the colonisation in 1815 and the uprisings have dotted history since 1817. 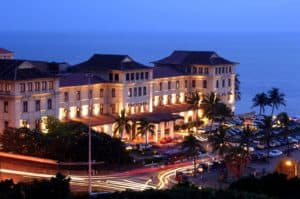 While the Kandian aristocracy was in part responsible for the rule of the country falling into western hands, it was they who first started rebelling against the British rule but their efforts barely made a mark on history. By 1817, not long after the new chapter in the country’s history, the power of rebellion had shifted from the aristocracy, who by then had fallen, to the hands of the simple man. With the turn of the century the educated middle class were in the forefront of the peaceful movement that lead to the eventual independence of Sri Lanka, granted by Queen Elizabeth II on her Diamond Jubilee, naming it the Dominion of Ceylon.

Cities like Colombo, Kandy and Nuwara Eliya owe part of their charm to the architectural gems and their stories that remind us of a yesteryear. The Galle Face Hotel in Colombo, built in 1864, overlooking the Indian Ocean and the Galle Face esplanade is an iconic building built in 1864. 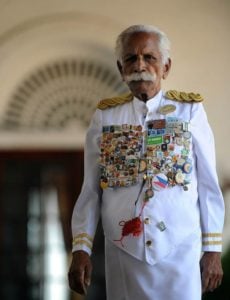 Kuttan – the world’s eldest doorman when he died aged 91 years old in 2014. He had worked for the Galle Face Hotel for 70 years.

The place it has carved over time in the hearts of the people was best seen when Sri Lankans everywhere mourned the passing of Kuttan, their doorman from 1942-2014. Just outside the city is another hotel which was initially the private residence built by Sir Thomas Maitland, which later became the official governor’s residence, military hospital during the Second World War and finally a hotel, has its own story. It is said that when Sir Thomas Maitland fell in love with a beautiful dancer name Lovinia Aponsuwa whose father was of Portuguese origin and mother, a low cast Sinhalese woman, when she performed at the governor’s manor in Colombo. He then decided to build his private residence in ‘Galkissa’ close to the gypsy girl’s house. His affair had to be kept a secret so he had built a tunnel from his wine cellar to Lovinia’s house so that they could meet in private. Unfortunately, his secret didn’t stay hidden for too long and thus was shipped off to Malta where he died a bachelor and Lovinia killed herself unable to bare her grief. What is intriguing is that when the railway tracks were being placed an old tunnel which lead to nowhere was found and sealed. Whether it is just folklore or a fact of history, the Mount Lavinia Hotel is made that much more romantic by its mystery. 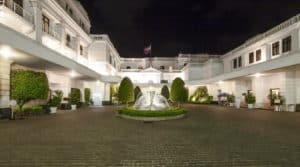 Nuwara Eliya still retains a large portion of its colonial character. From the Grand Hotel, to the old post office, timber floored Cargills supermarket, all the estate bungalows, the many tea factories and even the train up to Nuwara Eliya through the tea clad mountains transports anyone who visits, to a colonial time. And it is understandably so because while Nuwara Eliya is a part of Sri Lanka’s oldest historic stories that go back to the Ramayan, until it was rediscovered in 1818, it was an uninhabited forest land with large herds of elephants roaming freely but soon became the favoured holiday destination due to the cool weather. Because of the abundance of elephants, not only were they used in the construction work and tea estate work, they were also hunted for sport. Elephant hunting took place at such a large scale, it was devastating as today there are no elephants in the hillside at all and even to date there are two tomb stones that belong to elephant hunters. One of them is the subject of very strange phenomenon. It belongs to the infamous elephant hunter Major William Thomas Rogers who is said to have killed over 400 elephants. Once every 7 years, his tomb stone is struck by lightning and the cracks caused by it can be seen on the stone. It is locally believed that when a sin is so heinous, one can get struck by lightning and therefore believe this is one such example.

Kandy is the most interesting of these three cities. Why? Because it is a city that prides itself as the last capitol of Sri Lanka and thus holds on to tradition, culture and ancestral pride with a tight grip. At the same time, since it was the last kingdom, the British had to make sure their authority would not be challenged, especially by the aristocracy. As a result, Kandy is now, a beautiful tapestry of Colonial architecture and Kandian culture with the Temple of the Tooth at its heart.

Earlier this year I met a travel writer by the name of Andrew Eames who was very interested in going to Kandy as 2015 marked 200 years since the British troops captured this last kingdom in the hills, evicting King Sri Wickrama Rajasinghe from his throne. From a foreign perspective, this can be seen as an anniversary to celebrate but from a local perspective, it would be counterproductive to celebrate a day of colonisation while celebrating the independence from it. It is through an article he wrote (which ETG helped arrange) that I reminded that the exact date the Kandian Convention was signed. 10th of March, 2015.

The first act of resistance came minutes before the convention was signed when a British soldier took down the Sri Lankan flag to hoist the Union Jack. Ven. Variyapola Sri Sumangala thero marched up to the soldier to take the Union Jack down to put up the Sri Lankan flag as the country had not yet officially fallen under the rule of the crown. It was evident from that point on that this wasn’t going to be a smooth sailing ship. So many steps were taken to keep the locals at bay and maintain the upper hand.

The Perahera which is an annual tradition that has continued for centuries, where the sacred tooth relic of the Buddha was paraded through the streets of the capitol for public viewing, was banned after the Wellassa uprising. During this time, Sri Lanka faced its worst drought and as a last resort, Governor Edward Barnes heeded the advice restarting the tradition which resulted in the continuous downpour for seven days.

The St Paul’s church is a beautiful church which was built right next to the Temple of the Tooth Relic to send a message to the public. Not only was it built in such close proximity, its bell tour was ordered to be built taller than the highest point of the temple.

With uprisings bubbling under the surface, they raided the ‘walaw’, houses, of the elite families to make sure a leader the people would look up to will not emerge. When doing so, a troop lead by Captain Reed raided the Muthukude Walawwa but the before they reached the house, the family got word of this and fled but the daughter, Muthukude Kumari, hid in the granary. When the soldiers discovered her and attempted to end her life, the Captain interfered and saved her, and later married her. Their great granddaughter is my grandmother, Ellen Alvis Jayasooriya. 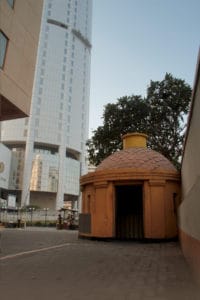 The prison chamber where the last king of Sri Lanka was imprisoned.

It is in one of her family estates that the last king hid till he was captured and brought to Colombo till they were shipped off to Vellor in South India. Today, his tiny jail cell, sits unnoticed amidst the many skyscrapers of the bustling Colombo Fort.

Those 133 years are a crucial part of who we are today, as is every part of our history. It is not a period that will be forgotten.

If you want to explore Sri Lanka and its the colonial past, for better and worse, do please get in touch and talk to one of our Sri Lanka consultants. They can talk to you about planning a trip including our unique (and exclusive) ‘colonial history’ tour of Kandy as well as our walking tour of Colombo. We’ve also helped many people locate long lost family history connections – at tea estates, railway stations,navy camps and much more! Register here for your free consultation.