Dark tourism has been around for years. But since Netflix jumped on board with their new documentary series, Dark Tourist, the concept has seen a surge of interest and, unsurprisingly, a fresh wave of debate. Put simply, dark tourism is travel to places connected to death or disaster. Though many people engage with it – anyone who has visited, for example, sites or museums of war, might be considered a dark tourist – it remains a contentious topic.

We wanted to get the perspective of an expert in the field, so turned to Peter Hohenhaus, ETG client and author of a leading Dark Tourism website. 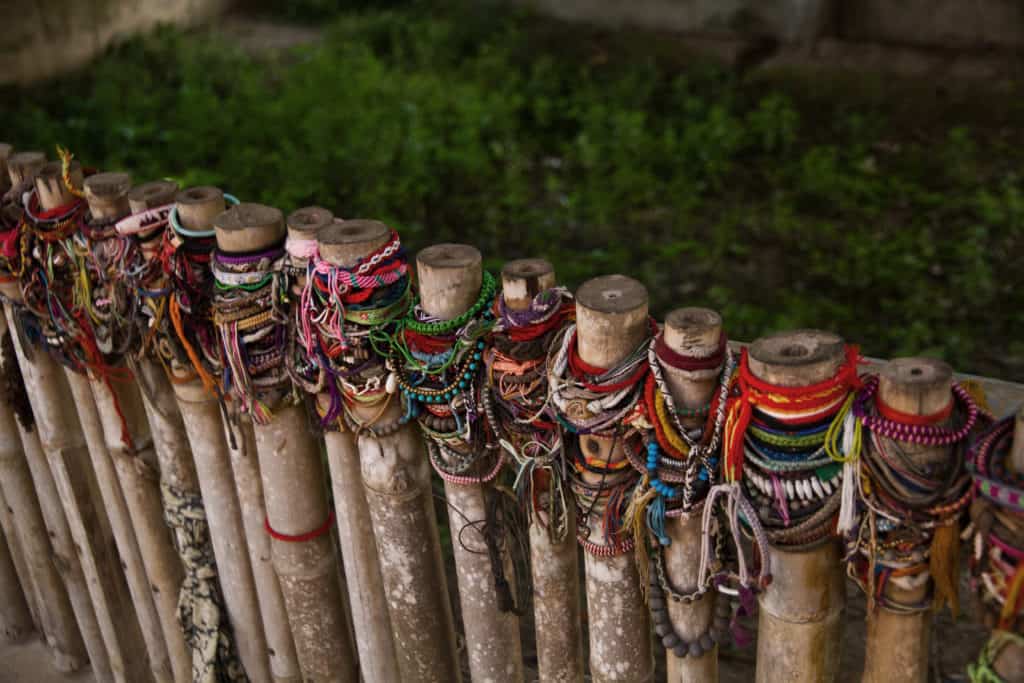 Bracelets left to pay respect to those who died in the killing fields, Phnom Penh.

1. How did you get into dark tourism?

I was already into it before I had even heard the term for the first time. I think that is actually quite common. Most dark tourists aren’t aware of the term (which has its origin in academia and is almost exclusively used there), and when they do discover it they are surprised that there’s a word for what they’re doing.

For me, that moment came back in 2007, when I read an article in The Guardian based on an interview with a DT academic. I found that clearly, I had been a dark tourist all along without knowing it – for instance, I had already been to Chernobyl, North Korea, Ground Zero in New York, Robben Island in South Africa (where Nelson Mandela was incarcerated) as well as various concentration camp memorials and famous cemeteries. I then got hooked on the notion, read up on it, and started travelling consciously to dark-tourism destinations and building my website about it. And it’s been a hugely enlightening and educational decade of travelling as a dedicated dark tourist. I feel I’ve learned more about the world through DT than in my entire formal education or academic career.

2. What did you make of the recent Netflix documentary series?

I’m not on Netflix and still haven’t had a chance to watch this series anywhere yet. So I can’t pass any first-hand judgement on this new programme. However, I’ve meanwhile read countless reviews and going by them I got the impression that the series wasn’t well-researched in advance and remains rather superficial and random. I take particular issue with the inclusion of some activities/sites that I wouldn’t even class as part of dark tourism at all in the first place, e.g. “haunted” houses, battle re-enactments or, most bizarrely perhaps, visiting some right-wing Afrikaner nationalist organization in South Africa. But I’ve also heard very positive opinions of the show. It seems to have its ups and downs. 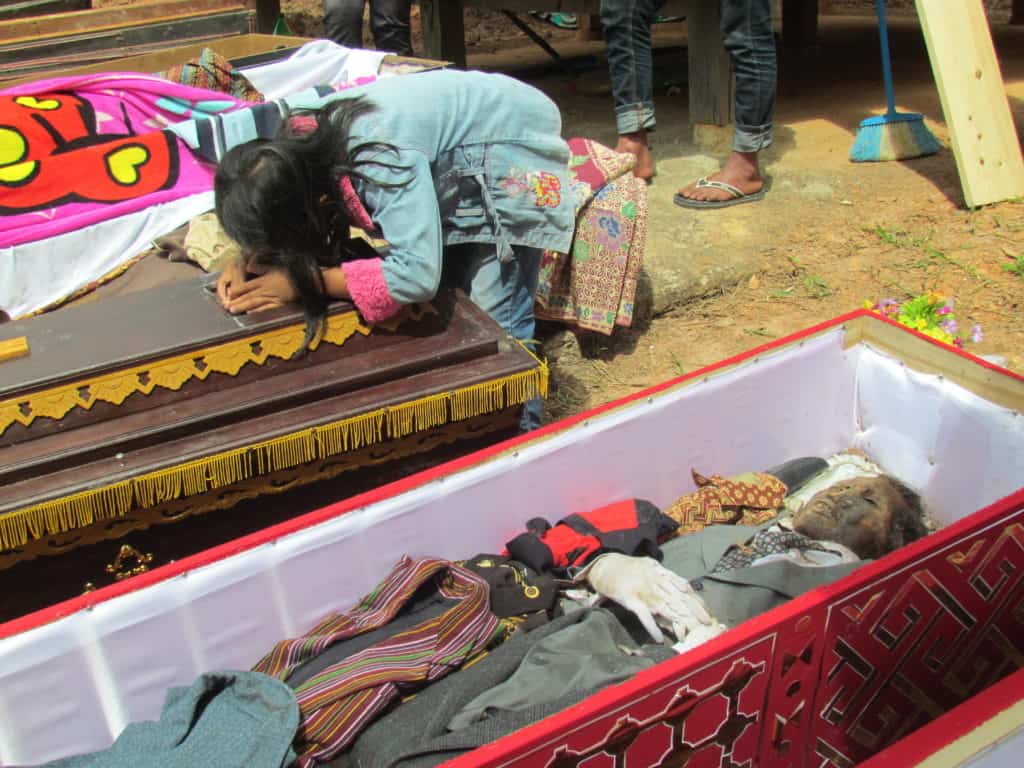 3. Did it seem to you that the series encouraged dark tourism?

Not really, possibly rather the opposite. The most frequent criticism I’ve read in the reviews is that it often seems to be a rather quick-shot, sensationalist scratching-the-surface approach to dark tourism (and frequently scratching in the wrong places), without any real depth or trying to gain a fuller understanding of the histories and backgrounds involved. It seems to follow more the media-typical idea of dark tourism as being per se something morally deviant, voyeuristic and/or ghoulish … even though I maintain that the vast majority of what constitutes dark tourism at large is in actual fact not of that sort at all. [This idea is] not doing DT a great service, at least not to the approach to it that I’m pursuing (that is: sober, unsensationalist engaging with the real, and often difficult, contemporary world, without any recourse to cheap thrills of horror and disgust, or anything actually dangerous, or anything “paranormal”).

4. What has been your best DT experience?

I’d still have to say Chernobyl and the whole Exclusion Zone around it. I’ve been twice and am planning another more in-depth return trip. What sets it apart from anywhere else is that it’s not only uniquely dark (and the dark aspects of the nuclear industry have always fascinated me), and extremely photogenic (no wonder so many specialist tours for photographers are offered in the Zone), but it also has this one-of-a-kind time-travel aspect to it: simultaneously into the past (the Soviet era) and into the future (when human civilization will have disappeared).

However, there are many other DT experiences I’ve had that get very close to the top as well – including the full top-to-bottom tour of the Titan Missile Silo in Arizona, USA, or exploring the abandoned Buzludzha monument in Bulgaria, or the climb into the crater of Ijen volcano on Java, Indonesia (to see the blue flames and fumes of the sulphur mining operations there – this one was part of an ETG-organised trip!). 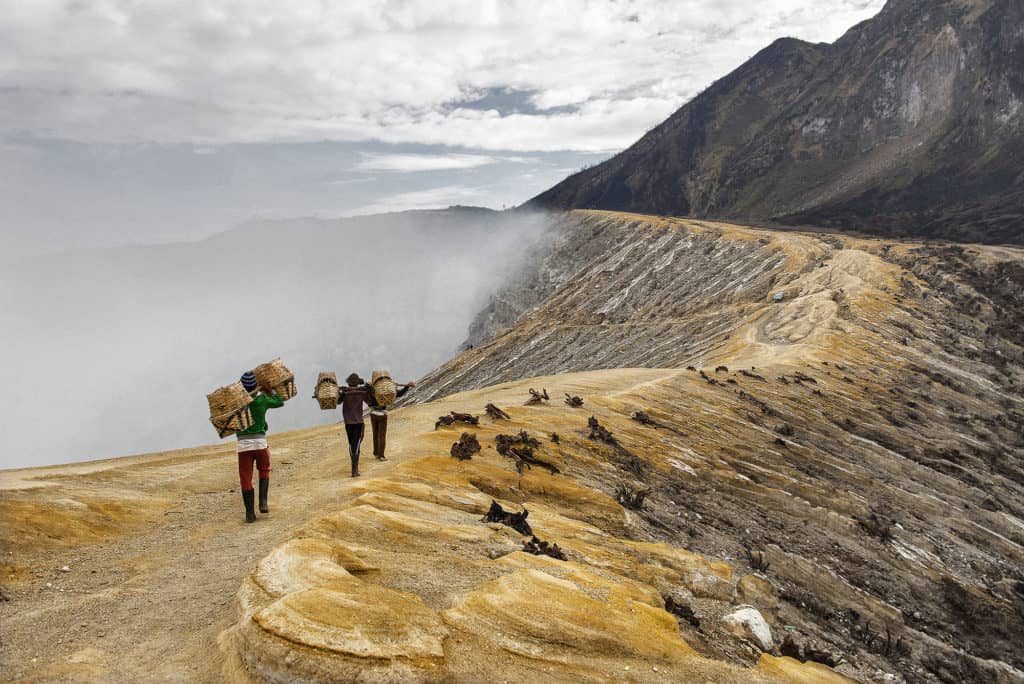 5. Are there any DT experiences that you think are “too far”?

By that, you probably mean forms of travel that are for some reason ethically wrong. Yes; that’s why on my website, I exclude some of those dubious activities that sometimes get lumped under the cover term of DT, such as “ghost hunts”, “slum tourism” or visiting actual war zones, and many of those things covered by the current Netflix series that I wouldn’t consider doing either, e.g. that faux “illegal border crossing” in Mexico. I directly address the issue of alleged rubber-necking for cheap-thrill seeking and other such accusations on my website here.

I generally shy away from role-play enactments with actors and theatrical show elements, such as what the Dungeon “house of horrors” chain has become, or what they do at Karosta prison, Latvia (where local guides dress up as KGB officers shouting at visiting tourists who booked an “immersion” tour to “experience” what life in a prison was like back in the USSR … I just can’t be doing with that sort of “play”).

A general thing to bear in mind is that one should remain respectful and not offend people. Visiting sites of very recent, even ongoing tragedy, and then taking mindless selfies there, that is certainly something I cannot condone either. But that’s hardly particular to dark tourism. In fact, I would argue that misbehaving tourists are more typical of non-dark tourism, whereas most people who consciously engage in dark tourism are very aware of the need to be respectful.

6. What do you look for as a dark tourist?

Three things mainly: the unusual, the educational, and the (darkly) photogenic. The unusual is already built into DT, of course, and as I explained before I favour the enlightening sides of DT over pure thrill-seeking, though occasionally thrills are of course to be had as part of it. E.g. I remember how immensely excited I was entering the Semipalatinsk Test Site in Kazakhstan (the former Soviet nuclear proving ground – a place that apparently also features in the Netflix series). And as an ambitious amateur travel photographer, sites that are rewarding in terms of looks that inspire photography are amongst my favourite places too. 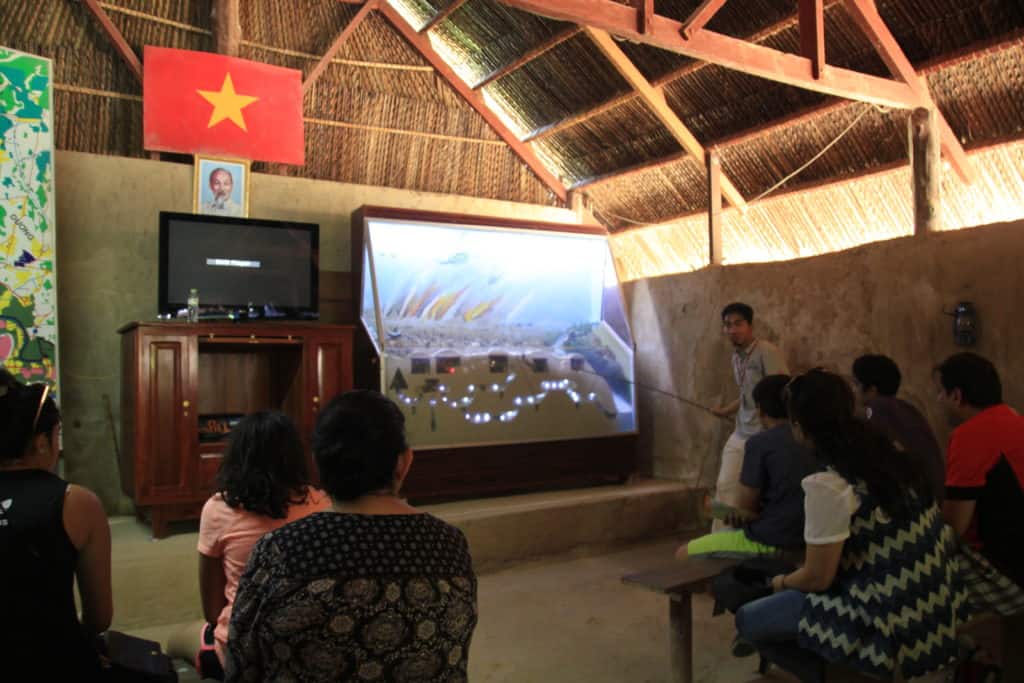 7. Do you think ‘having a purpose’ enhances the travel experience generally speaking?

Absolutely, I can’t imagine anything more boring than just lying on a beach doing nothing. And simply ticking off what mainstream guidebooks prescribe tourists should do and see isn’t for me either. I need my own purpose. And I found it in DT – although I also enjoy other aspects of travel, in particular, wildlife, rugged scenery, architecture, or the culinary aspects of discovering new countries. There always has to be a balance. Nobody, not even me, only does 100% dark.

8. What is the main thing you think people should know about dark tourism?

That it isn’t what the media all too often portray it as: it’s generally NOT morally deviant or ethically wrong, nor dangerous (mostly, at least), or anything ghoulish.

I see DT more as an antithesis to escapism. Instead of “getting away from it all” and forgetting the world’s problems, it’s rather a way of engaging with the real world, warts and all, and exploring its contemporary history at authentic places. Place authenticity, incidentally, plays a key role here – just reading about something at home simply cannot compete with actually being at its location for real.

One also has to remember that ‘dark tourism’ is only a convenient cover term for a huge array of many very, very different things. Hence there isn’t any single special motivation for all of these places. And they are classed as “dark” for very different reasons. I try to capture the widest possible range, for the sake of my website, and in that sense, I’m of a very rare breed amongst tourists. But even I have preferences and, conversely, less interest in other subsections of what may fall under the DT umbrella term.

There are fuzzy edges of the concept of DT, and on some of the fringes, it can get complicated and even dubious, yes. But for the most part, dark tourism is in no way as exotically “weird” as it is often portrayed.

Just take a look at the nearly 900 individual DT sites I describe on my website and see how few of these are of any such controversial nature. By far the vast majority of places are not, they are just, well, interesting (for various reasons) and more or less unusual, non-mainstream places. But I guess that alone doesn’t make for a sensational headline, hence the media often do not want to hear this.

If you are curious to learn more about Dark Tourism, Peter’s website is a valuable source. Experience Travel Group has arranged several of Peter’s DT trips to Asia. If you have a particular interest that you would like to pursue on a holiday to Asia, please do let us know. You can reach us on 020 3432 1691 or click here to enquire.