Dilemmas in the development of tourism in Sri Lanka 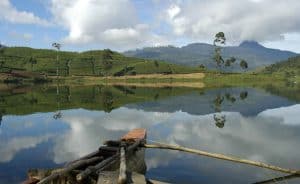 We reproduce here a letter which was published in the Sunday Times (Sri Lanka) concerning some of the challenges the government and tourism industry faces as it evolves in the new era of peace and, hopefully, prosperity. We found this to be a particularly interesting angle that many previous visitors to Sri Lanka will have considered as the prospect of peace became a reality. Big changes lie ahead for the island nation and this article raises some very legitimate questions about how those changes should be handled. Whilst we at Experience Travel in Sri Lanka would certainly not associate ourselves with the Tour Operators detailed in the article (who squeeze local providers into offering budget products at even more budget rates), it is something that we frequently have to explain when potential customers enquire why our prices are higher than those found in the back pages of the UK newspaper’s Sunday travel supplements, where you can often find a week holiday at a generic beach hotel including flights for less than you can find a standard return flight for elsewhere.

The Sunday Times is one of the best English language publications in Sri Lanka and is well worth picking up on a lazy Sunday by the pool if you are holidaying there.

Many speak eloquently on the concept of tourism but do not consider tourism’s long-term sustainability.
Tourism, as envisaged in Sri Lanka, is devoid of sustainability. The tourism that is being touted is based on ad hoc suggestions and decisions lacking proper planning and long-term vision.

In tourism, the regulatory authority and the implementing party should not be the same. Unfortunately, this happens to be the case in Sri Lanka, and the result is a panic reaction in times of poor hotel occupancy.

If tourism is to be regarded as an industry, then it should serve a multitude of players, not just a few. The performance of such an industry should be judged on income, rather than numbers of tourists entering the country.
Kalpitiya beachfront

Logically, it is preferable to have 10 tourists paying US$1,000 per night, rather than 1,000 tourists paying US$10. The goal of 2.5 million tourists is totally unsustainable because it exceeds the country’s capacities. With the right marketing and a good strategy in place, we could derive the same target revenue from 500,000 tourists. This would make our tourism industry viable and sustainable in the long term.

A huge or excessive influx of visitors is potentially damaging to the country. It would affect the environment, the cultural matrix, our natural sites, water and food resources, and eventually our national infrastructure.

At present, the country’s most sensitive and pristine sites are being prostituted to tourism. It is our responsibility to protect and preserve these special sites for future generations.

It is a myth, the belief that hotels should be built on the best sites available. Hotel guests spend only a little time in their rooms, after all, so why the great urgency to sacrifice and ruin our most fragile, pristine sites to hotel structures?

In 1980, our hotels were earning a minimum US$100 a night from a guest. Then the fickle nature of the industry asserted itself, and while tourism started to dwindle in Sri Lanka, it boomed in the Maldives, which stood to gain enormously.

Some 30 years down the line, after spending millions on refurbishing our hotels and facing economic difficulties, such as currency devaluation, we are lucky if we can charge US$100 for a hotel room. Only some of the newer boutique properties can command this amount. This is a situation that demands careful examination. The better Sri Lanka hotels should be able to charge up to at least US$250 a room per day. Instead, out of desperation, we are offering rooms free.

The local tour operator visits international travel fairs and sells a package. After being squeezed by the foreign tour operator, he returns to tell his hotel sector colleagues here that US$50 is the affordable price for a hotel room. He has no option but to accept the rate. As a result, he undercuts himself and the industry and cheats the country. Meanwhile, the foreign operator continues to dictate terms and profit at the expense of the desperate local tour operator – and our country.

This very selfish state of affairs has resulted in the creation of a highly controlled system in which tourists are taken on a very tightly controlled itinerary, along pre-set tourist routes. The tourist has little access to other parts of the country. The tourism operator manipulates the route to include only the group hotels. The other hotels do not benefit from the exercise.

In the 1960s and ’70s, there was goodwill and sharing between hotels. If a hotel was overbooked, it passed on the excess custom to the hotel next door and everyone benefited.

With the increase in tourist numbers, hotels should be upgrading, charging more and creating an exclusive product. Instead, the industry is building more rooms on the same hotel properties: the public areas are inadequate, the sites are over-developed, and the garden hotels are as bad as slums.

The Tourism Authority says the Hambantota region requires 10,000 hotel rooms to accommodate the anticipated crowds converging on the area for the 2011 World Cup cricket series. But what does one do with these 10,000 hotel rooms after the series? Would it not be more sensible and sustainable to charter three or four luxury cruise ships and park them in the new Hambantota harbour and use these for the World Cup series and send them away when the season is over? This would reduce the strain on the environment and the infrastructure.

Meanwhile, the Tourism Authority has a vision for the northwest coast too -a major tourism development scheme with some 5,000 hotel rooms, public areas, recreation spaces, parking areas, staff quarters, and so on. This is being dreamed up for the Kalpitiya spit and the islands north of it. 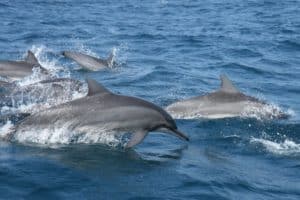 The Kalpitiya coastal stretch and the neighbouring islands are blessed with an all-important mangrove cover and vegetation, which protects the islands from erosion and provides nursery grounds for the unique fish species in the surrounding seas. Any building activity would totally destroy this important natural habitat.

We will see something similar to the completely destroyed and eroded landscape that resulted from the unsustainable prawn farming that dominated the Chilaw coastline for years. And what about the destruction of the lucrative fishing industry? Does anyone care?

The long-term sustainability of tourism in this country depends not on numbers but on a clear vision of where we should be in the Year 2025.

We do not want a country that has had its environment ruined, its forests cut, its fragile and pristine sites destroyed, and its water and food resources depleted because of unrestricted and irresponsible commercialisation.

Our precious land, with its cultural and natural wealth, should be protected from over-utilisation. We want a happy, vibrant Sri Lanka – a hospitable country that plays host to a minimum number of select tourists who bring in the maximum possible in foreign exchange. Our environment, our cultural sites, our natural, water and food resources and our infrastructure should be permanently protected.
We owe this to our beautiful land.

The original article can be found through this link.
We have written our own blog posts about the beautifully rugged east coast of Sri Lanka here.
If visiting the Kalpitiya region described in the article, we suggest the low-impact Alankuda Beach resort for a beach holiday with a clear conscience.