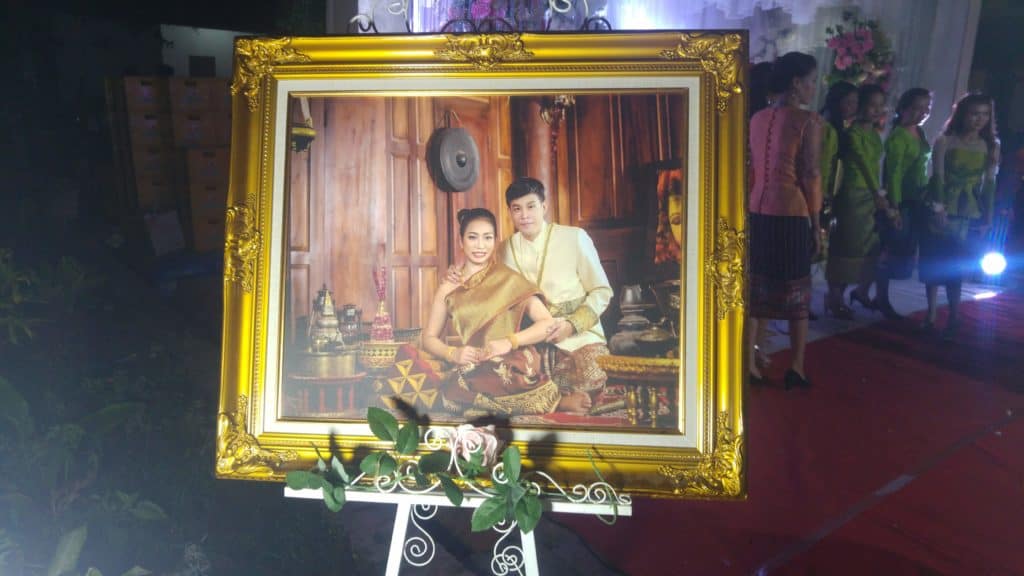 When Phonsy, my ETG guide in Luang Prabang, mentioned he was going to a traditional lao wedding the following night I didn’t think for one minute that I’d be invited.

And then, after a few games of petanque with his friends, plenty of Beer Lao, Sind Dat (Laos BBQ) and then more Beer Lao… I was on the guest list.

Sort of. It turns out that Phonsy’s wife could not make it as she was working so I became the plus one!

After whizzing through the streets of Luang Prabang on the back of Phonsy’s motorbike we arrived and were greeted by the bride and groom’s family on the red carpet as we passed a large framed photo of the happy couple.

Behind was a stage for the entertainment and then dozens and dozens of tables with an incredible feast laid out: Lao buffalo sausage, plates of pork, cold salad, red curry and an extremely spicy pork and beef stew. And more Beer Lao. 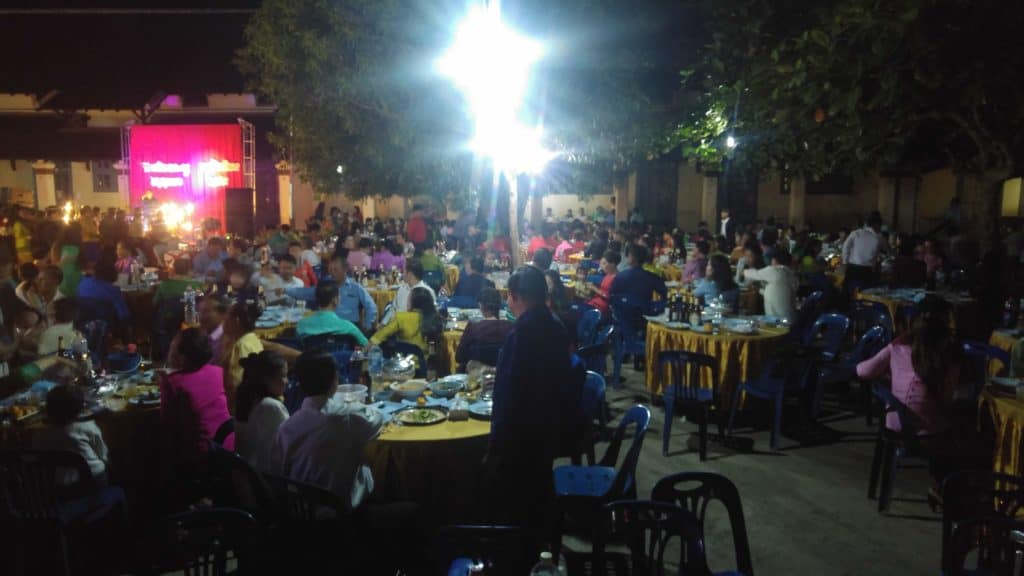 David’s fellow guests – were they all invited originally?!

The venue was the playground of a local school hired for the evening – all possible on a Friday night! – and there was a huge number of people: over 1000 had been invited but not necessarily expected.

The bride and groom circulated to meet the guests offering what I thought was Lao whisky but it turned out to be Johnny Walker.

Kids climbed the trees and played on the swings while the adults chatted away. Some women made their husbands dance too… 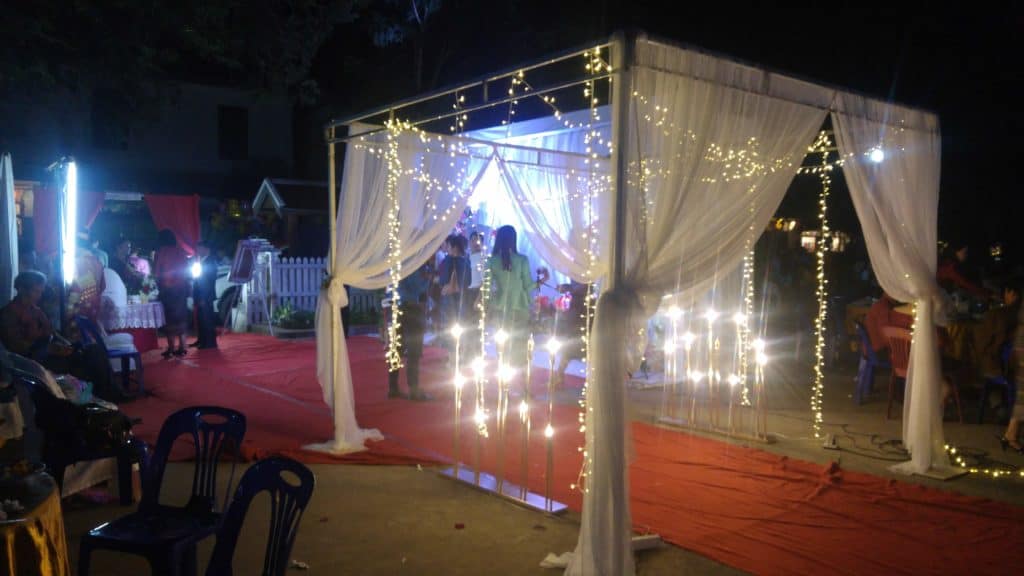 David really wanted to be the centre of attention…

Some of the petanque players from the previous night arrived a little later but then left quite early after eating but not drinking. Phonsy explained that some had been invited to up to 4 weddings on the same evening and were planning to visit all of them one by one and they did not want to get too drunk too early…

Phonsy had been invited to another wedding but had given his invitation to his brother-in-law instead – it’s a relaxed approach here! There were even others sat at the back with a drink – not invited but still very welcome. As was I – I can highly recommend taking up an invitation to a Lao wedding now…

Click here to see our our suggested holidays in Laos. We can’t promise you’ll be able to attend a lao wedding on your own trip – but we can promise you’ll experience plenty of remarkable chance encounters.