Teardrop hotels feature some of our most popular boutique properties in Sri Lanka, including the stunning boutique heritage villa The Wallawwa. We’re incredibly excited about the recently opened Fort Bazaar, lovingly restored by the group. Here, we invited Henry (Managing Director) to talk a little bit about his interest in Sri Lanka and the process behind restoring this heritage property. Over to Henry: 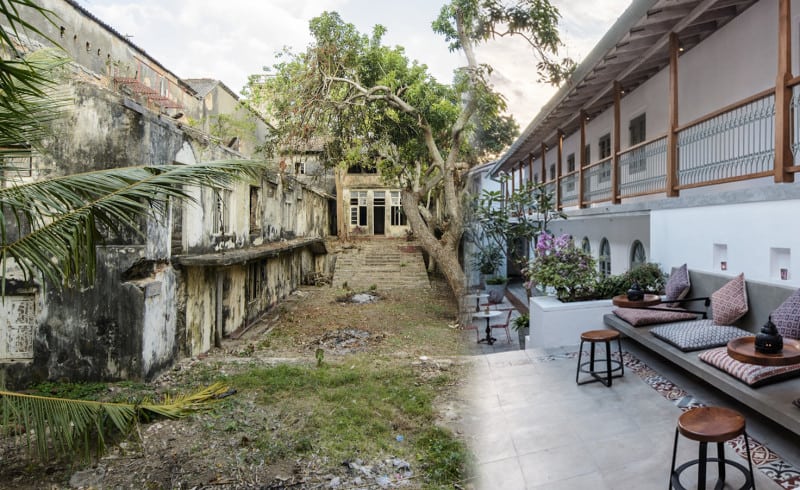 I love cricket and I first visited Sri Lanka in 2001 to watch England play cricket in Colombo. I also enjoyed a bit of sight-seeing in Kandy and Galle and the whole experience left me enchanted and inspired. I returned on holiday over the years and in 2006 was invited by some school friends, who shared my interest in the country, to join in their new luxury Sri Lankan hotel business. Having worked for various leading hotel groups in London, I had the experience, and jumped at the chance of combining my knowledge with my passion for this country.  Teardrop Hotels began.

Fort Bazaar was once a merchant’s house, occupied by spice, tea and gem traders that had been relatively unused since the 1950’s.” 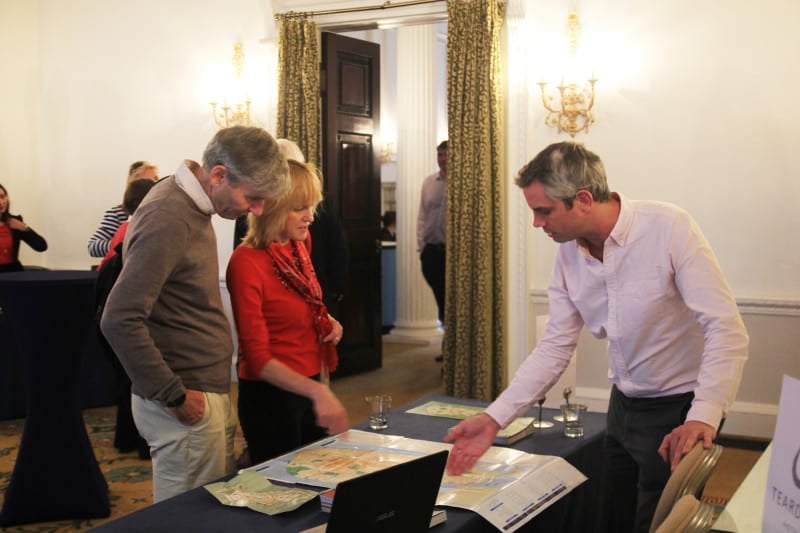 I joined in 2007 and naturally the team focused on property in Galle. Located in the south of the island, Galle Fort has history dating back to the 16th century. This cultural wonder, also a UNESCO World Heritage Site, was originally built by the Portuguese then fortified by the Dutch by the mid 1600s. With its historical monuments such as the Dutch Hospital or Bank of Ceylon, a mixture of religious places of worship, great restaurants and shops, the Fort was a prime spot for a Teardrop hotel.

In 2006 my business partners found a site in the centre of the Galle on Church Street. Fort Bazaar was once a merchant’s house , occupied by spice, tea and gem traders that had been relatively unused since the 1950’s. Strict planning regulations in Galle Fort meant that we got started in 2013! It took over 9 years for the original dream of restoring the derelict building to become a reality, and we opened in January 2016 with 18 bedrooms/suites, spa, restaurant and bar – Church Street Social – with A/C to escape the heat. We’ll also be opening a fantastic swimming pool with a tranquil sun deck in the coming months.

The concept was to restore the old building using relatively traditional architecture, but with a more modern interior style.” 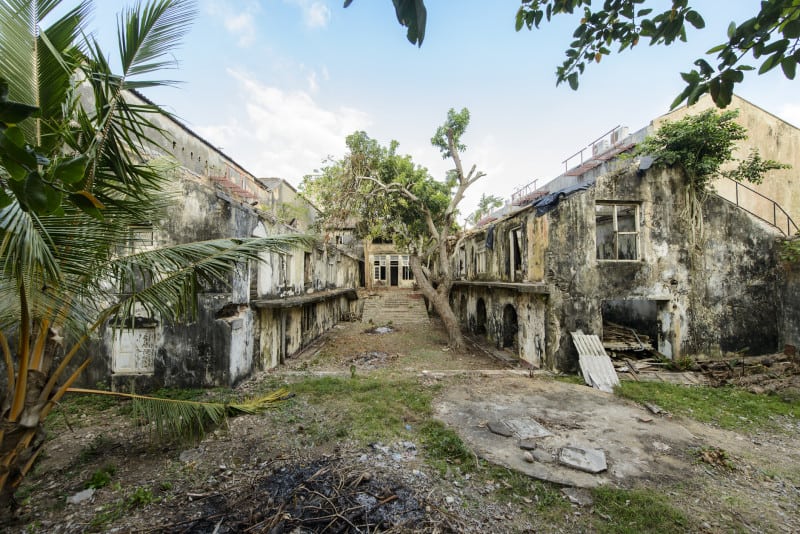 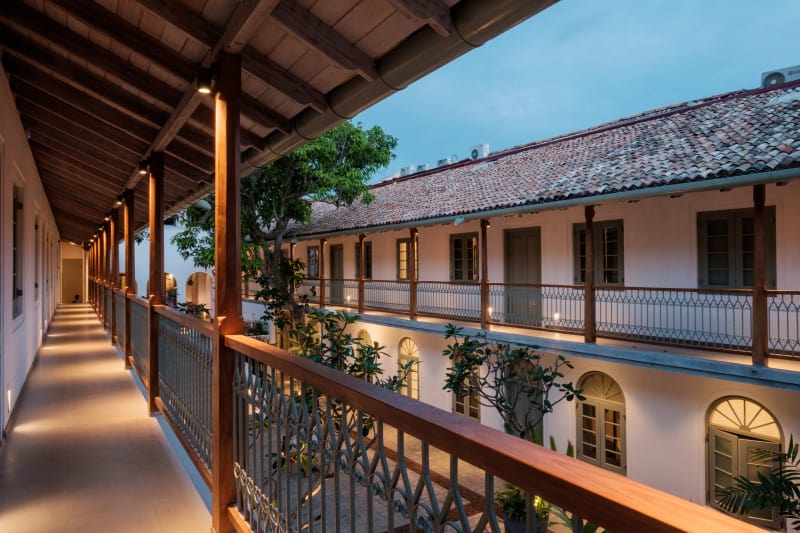 Fort Bazaar after the renovation work 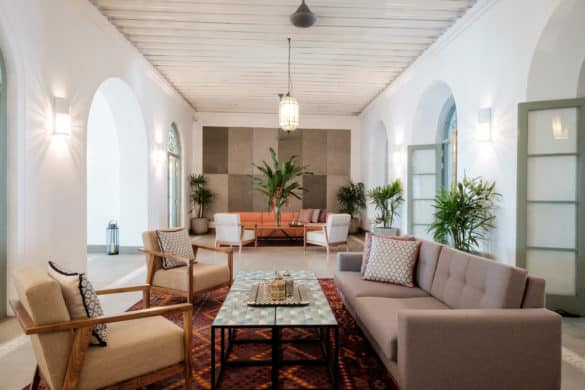 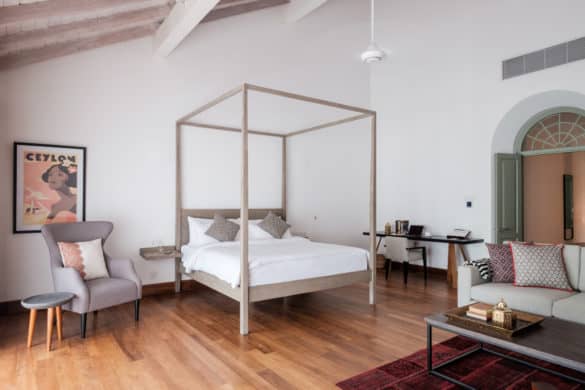 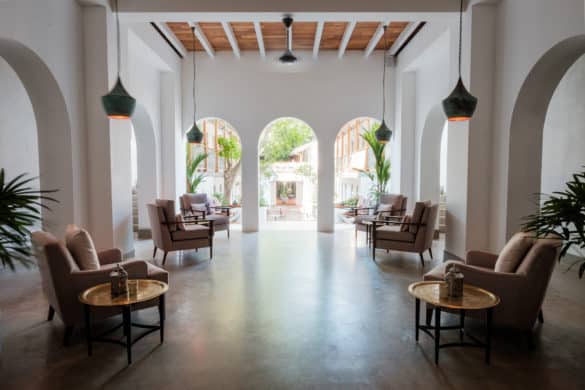 The concept was to restore the old building using relatively traditional architecture, but with a more modern interior style. Having married the Dutch colonial charm with contemporary furniture and Moorish finishing touches we have endeavoured to create a fresh and inviting feel, without losing a sense of the history that Galle Fort is so well known.

In July 2016 we also opened ‘The Beach Club’ in Talpe, just 20 minutes from Galle Fort, so now have a beach-side bar/restaurant for Fort Bazaar guests (and other guests) to relax at during the day. The year ahead will see us open four small hotels in the hill country on working tea estates, and a restaurant in central Colombo. These additions will allow Teardrop Hotels to offer a range of locations and a variety of experiences for our guests. Opening in 2017, we hope these projects will be as successful and enjoyed by our guests as the Fort Bazaar and our already established Wallawwa are.

Thanks go to Henry for his Fort Bazaar story. The Teardrop Hotels collection include the following properties:

With more to open in late 2016, do watch this space for further updates on openings. If you wanted to include a stay at either of the hotels mentioned, do get in touch on 020 3740 9322, or email us here.