The more things change, the more they stay the same

The way in which we all experience travel is evolving. ETG travellers are increasingly seeking out the authentic stories that lie behind the glossy brochure images, and which, we like to say, reveal the fabric of a destination. So, inspired by your own travel moments, we sought out some of the very human stories that lay behind them. We wanted to share them with you; to inspire you to start thinking about your next travel story and inspire like-minded friends and family members to do the same.

Eating on the streets

As a visitor, can you get a piece of this flavoursome action? Of course! But for a start, get ready to be low on the ground – most likely on a low plastic stool. Like being back at school, but flimsier. There’s a reason they aren’t that comfortable. This is about speed: – you can’t be bedding yourself in for a long sociable dinner, because it’s all about a quick turnaround. It’s all part of the fun as you can visit lots of different places and just focus on one dish at a time. There will be a lot happening around you and it’s an amazing assault on the senses. You’ll need help, but that’s where we come in.

We recommend experiencing it at night when it really comes alive. A quiet street you were walking along during the day suddenly becomes packed with pop up restaurants. The transition is an experience in itself – the staff will keep putting out more and more tables and the policeman will keep coming down to make sure they don’t spill out too much. It’s funny to watch and a great experience.

It was a lovely sight to behold our four ‘grannies’ (so-called by one of our local representatives in Vietnam) soaking up the life in this street food scene. They told us they don’t go out much these days and really wanted to relive their youthful days around the Old Quarter. How much has changed since those days!

Mrs Yen moved to Hanoi when she was 5 years old and took over her parents’ shop in the market area when she got old enough. She used to know the Old Quarter inside out. The country was occupied by the French during this time and it was a tough time for sellers and buyers alike.

Mrs Yen hadn’t visited the Dong Xuan market area for about 10 years and couldn’t believe the difference. It’s so much more modern and much cleaner (apparently), but she said the essence of the street scene, the fresh tasty food, the companionship and the fun were all still there.

Whilst we cannot promise you’ll meet Mrs Yen or her friends, you might meet Anh her nephew and one our guides. He’s from the boomer generation born just after the end of the ‘American War’ and represents a different face of Vietnam, though he is very respectful of his parents’ generation and the struggles they went through.

Mrs. Yen used to travel to Haiphong to buy French sunglasses and parker pens from the ships coming into port, but it had to be done in secret: the well disguised parcels would be dropped through people’s windows along the railway track as she journeyed back to Hanoi. She said that the train travelled really slowly so she could jump on and off – in her words, it was “scary but exhilarating”.

Mrs Yen met Madam Ty in the 1950’s as they owned shops very close to each other. Madam Ty came over from China and married a Vietnamese man, but when relations between the two countries were fraught in the late 1970’s, Madam Ty refused to run back to China. She lived with Mrs Yen, each supporting the other, during these testing times.

In the late 1990’s Vietnam was going through some rapid changes, so the ladies moved to an old French villa in the west lake area (now extremely sought after and one of THE places to live in Hanoi). This is where they met Mrs Truong Ty and Mrs Duc, who at the time owned a small garden centre. The ladies got on well, often visiting Tay Ho Pagoda, where they all prayed together. They’ve been good friends ever since. 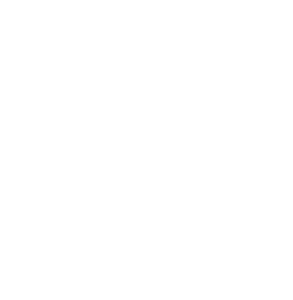 We don’t believe in standing still. Watching
the world go by through a window. Hearing it
through the stories of others.

You want to be in it, out there. Asking questions
and finding answers. Finding yourself in worlds
unknown. Finding the path less trodden. Meeting
people with a different story to tell.

Just ask why, what, how, who? We’ll
never stop helping you find the answers.

Our travellers come home with stories to tell,
memories to keep and new ways of seeing their
lives around them. That’s what happens when
you truly connect with a destination.

Free your curious side with
Experience Travel Group.