Home India The Sunworshippers of the Mahima Dharma
India

The Sunworshippers of the Mahima Dharma 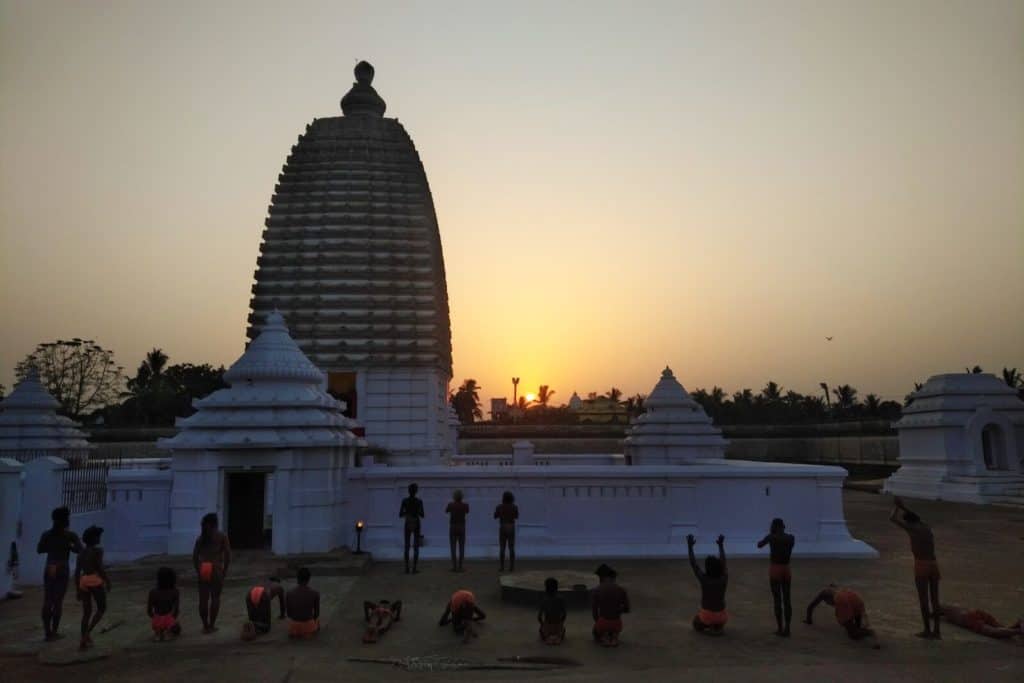 Coming off the back of a whirlwind few days in Kolkata city, my trip to Odisha in east India started through fatigued eyes and on achy legs. Landing at night at the tail-end of a momentous thunderstorm in the state capital of Bhubaneswar (named after Shiva’s Sanskrit name; Tribhubaneswar), we headed directly to our hotel to get ready for another full day of activity. Instead of studying my itinerary, I decided to take advantage of a few extra minutes in the comfy bed. So the following day was always set to be a surprise – to what extent, I had no idea…

It began with a view of Bhubaneswar’s magnificent 11th century Lingaraj Temple (from a distance – Odisha state law prevents non-Hindus from entering the Lingaraj temple complex). We then started our road journey to the town of Dhenkanal, stopping en route at a fascinating village where intricate, unique and ancient handloom weaving techniques survive to the present day (worthy of a blog entry itself). The day had been long and engaging, and a ‘royal homestay’ temptingly awaited our arrival in Dhenkanal. I was therefore somewhat nonplussed when our guide Bibek, with his trademark husky chuckle and encyclopaedic local knowledge, announced that there would be one more stop for the day: the nearby monastery. 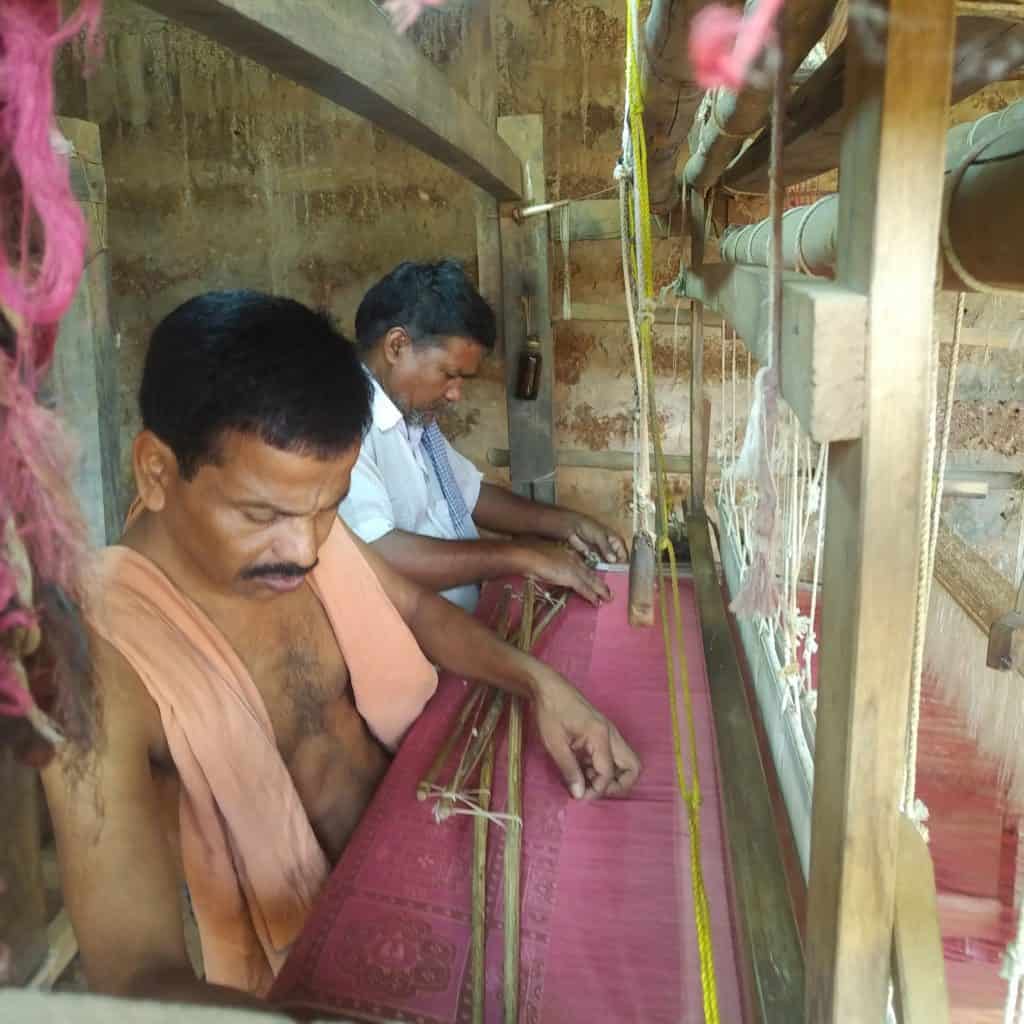 I’ll confess now to often finding monasteries somewhat underwhelming, especially when exhausted and seeking a cold beer, but what we witnessed shortly after stepping through the elaborate main gate of the Mahima Gadi simply blew me away. This may well be a monastery of sorts, but it certainly isn’t like any I have been to before. Bibek knew his way around the complex and his use of the term ‘cult’ had me immediately intrigued. Where on earth were we?

Greeting us with something akin to a smile, a young devotee wearing nothing but a small orange loincloth took a break from feeding a cat to turn his attention our way. We were to spend the best part of two hours with this man as he shared his way of living with us – the only visitors who did not live locally. Bibek translated our questions and the young man was more than happy to answer them. Following quite lengthy discussions I discovered that he actually understood English quite well, which I interpreted as an indication he probably lived a more complicated life before giving it up to become a Mahima Dharma devotee and follow the simple code this philosophy preaches. 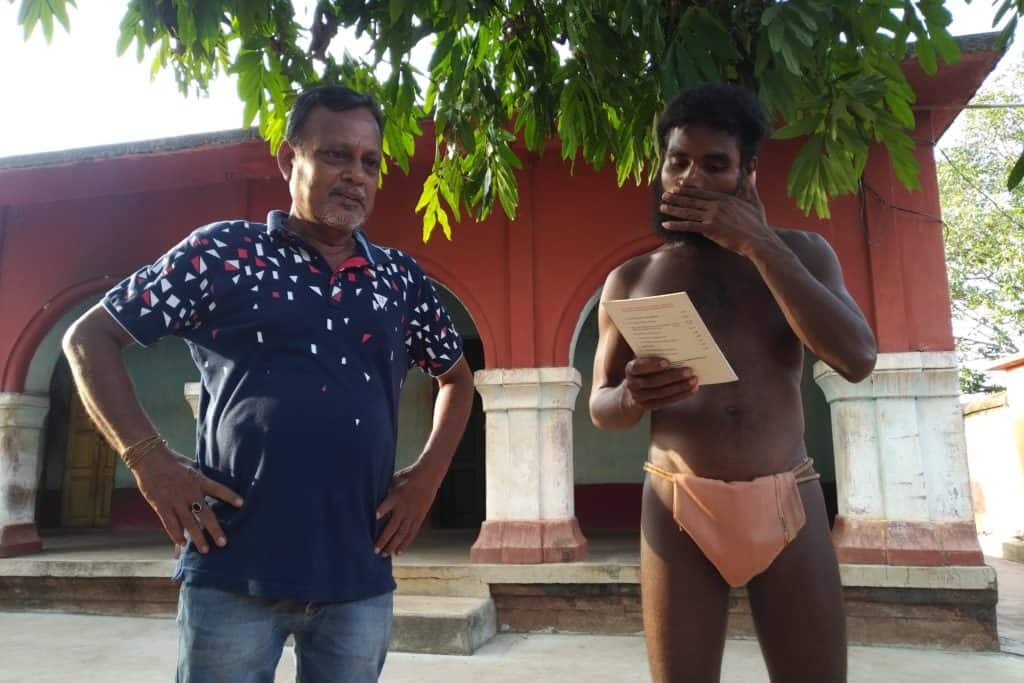 Founded sometime in the middle of the 19th century by Mahima Swamy, the ‘cult’ of Mahima Dharma was a reaction and protest against the strict caste-based system imposed by Brahmanism, which dominated the region at the time. Mahima Dharma was a movement of lower castes that evolved into a fully-fledged belief system. The monastery at Mahima Gadi remains the permanent home of the group, who are now thought to number around 15,000 devotees. There are two kinds of followers: the monks and the ‘house-holders’. Only men can become monks. The vast majority of the devotees spend most of their time on the road, spreading the message of the faith whilst begging for alms. Unlike other religions of the region that I have encountered, Mahima Dharma devotees never spend more than a single night in a household or accept more than one meal from an individual.

The Mahima Dharma teaches belief in a single god called Alekha. He is formless and omnipresent. As a result, the Mahima ‘temples’ contain no spiritual iconography or and no deities. Mahima Dharma strictly opposes the caste system and idol worship in all forms. However, as our new friend explained to us, there are 3 levels within the group who are distinguished by their loincloths. The first level devotees have a loincloth made with a single piece of orange cotton cloth. Second level devotees wear a loincloth that is joined by two pieces of material on both hips. The third wear a loincloth fashioned from the bark of a local tree. All devotees essentially have 3 items in their possession: a loincloth, and shoulder towel and large palm leaf that can be used to shelter from extreme sunlight and rain. The devotees live in very simple conditions, sleeping on the floors and shunning modern conveniences. Whilst the temple had electricity and a telephone connection there was nothing to suggest that the disciples were anything but committed to their cause.

What makes the Mahima Dharma so interesting to visit though is the twice-daily practice of prostrating themselves in front of the sun in surrender to the universe. We arrived in the late afternoon and, after exploring the vast complex, were fortunate to witness the evening ceremony. It started with the ringing of bells which slowly started to echo throughout the walled enclosure. Devotees began to appear and make their way down to the epicentre of the monastery; a large white courtyard with a central stupa. A group of colourfully saree-clad local villagers also arrived to participate in the ceremony as the sun started to set and the sky turned to different shades of orange.

What began as simple chimes of bells slowly grew into a cacophony of sound as more devotees arrived with their own instruments. The devotees continue to walk in circles around the stupa, the overall sound levels increasing continuously. As the noise grew louder and louder, the senior monks emerged from the inner sanctum and the group began their practice, first reaching for the sky before lying flat on the ground, crossing their legs over each other one at a time in divine surrender. This was truly one of the most unique religious ceremonies I have had to privilege to see with my own eyes anywhere in Asia.

From what I could decipher, the Mahima Dharma has developed from being a small tribal folk cult into broad religion with different sects and devotees spread across eastern India and beyond. Alongside the spiritual belief in the ‘oneness’ of the universe, there is also a strong social message that still reflects the ideals of its founder, Mahima Gosain, who preached about the creation of a classless and casteless society free from exploitation of the poor. The Magha Mela is the annual festival of the Mahima Dharma and takes place at the Mahima Gadi sometime between January and February. If you are visiting the area during this time it would definitely be worth trying to time a trip to Dhenkanal to coincide with this event. It’s certainly something I would go out of my way to return to Odisha just to see. 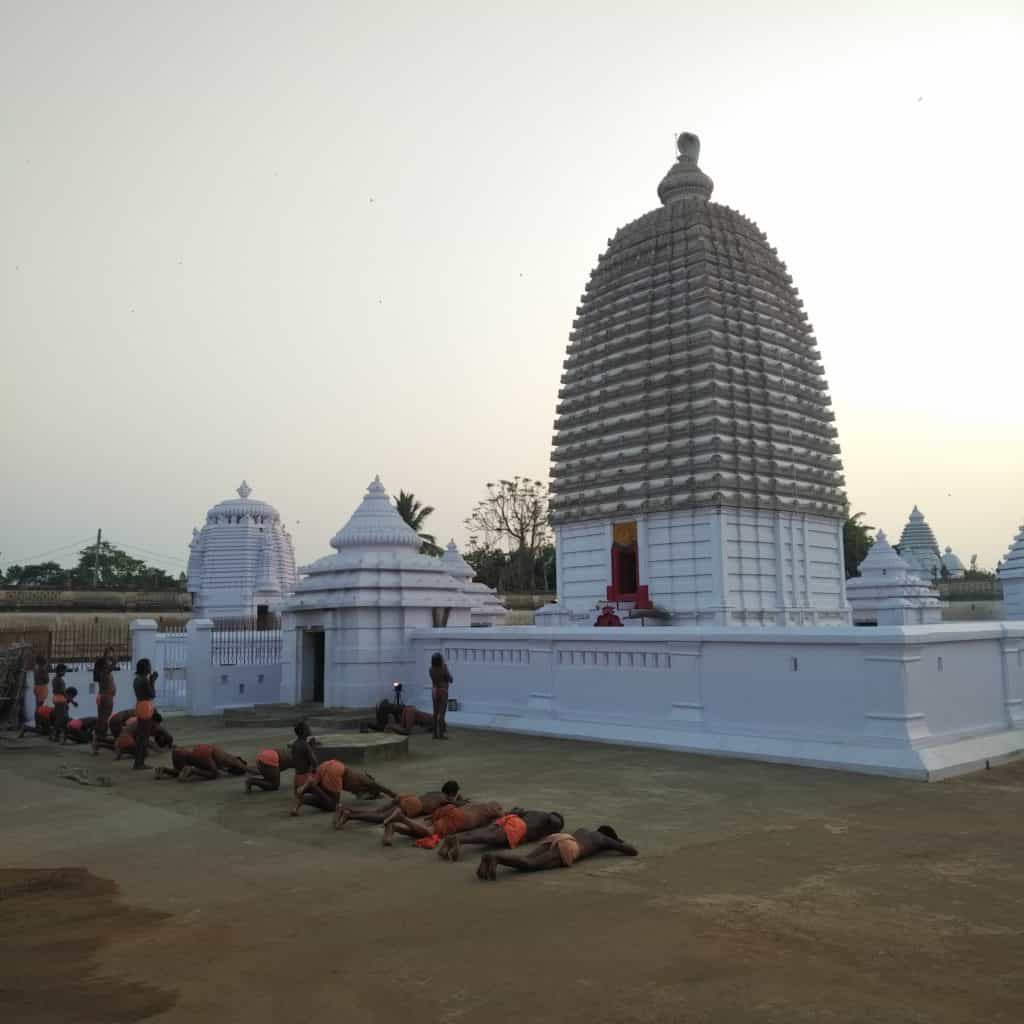 Looking back, I doubt whether reading my itinerary the night before would have even remotely prepared me for what I witnessed. I was touched by how the group welcomed us and allowed us to witness the way they live without wanting anything from us. One of my abiding memories of the place was a room full of donations that had been made to the monks. Instead of being proudly presented in an ornate manner as would likely be the case with many other faiths, the Mahima Dhamra had just piled up their collection of antique furniture and trinkets and stashed them out of view – they simply had no need or desire for them.

We headed from the Mahima Gadi to our home for the evening – the wonderfully eccentric ‘royal homestay’ that is the Dhenkanal Palace – where we were greeted by a friendly local prince who introduced us to the king and queen before explaining to us how he combines his day job running the local petrol station with volunteering in elephant conservation by night. There really is only so much an itinerary in India can ever prepare you; it simply has to be experienced to be believed and will often offer surprises beyond your imagination.

Would you like to visit the Mahima Dharma? Experience Travel Group arrange boutique holidays to Asia for curious travellers. To enquire about a holiday to India, click here or give us a call on 020 3355 2507.