Here are a few of our favourite reading recommendations for Sri Lanka.  If you're tempted to buy any of these titles but you don't have a local bookshop, we'd like to suggest using Hive, a website which supports independent bookstores (and offers free delivery). 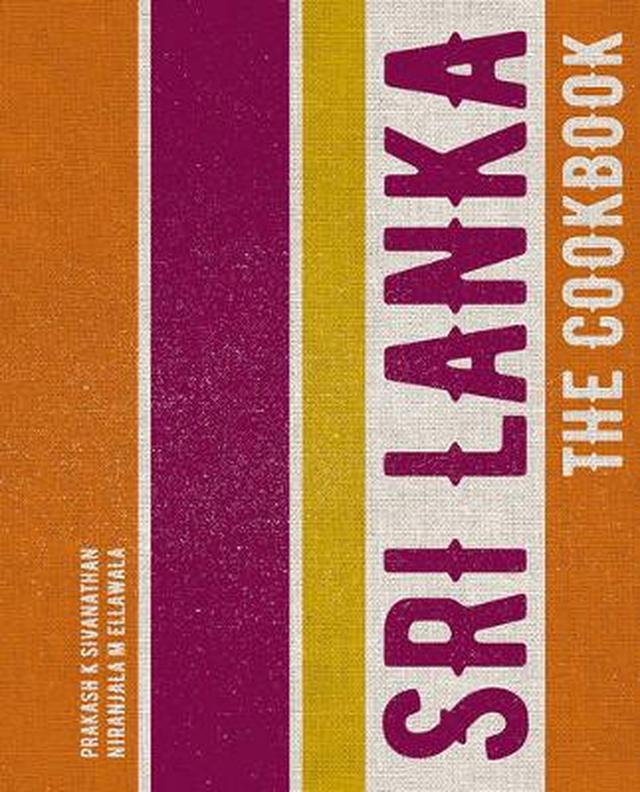 Feather-light hoppers, fiery sambols, subtly spiced curries and unique 'vada' (fried snacks) come together in this definitive collection of Sri Lanka's most authentic and vibrant recipes. As Sri Lanka is being rediscovered a travel destination, its varied cuisine is also under the spotlight. As well as absorbing influences from India, the Middle East, Far East Asia and myriad European invaders, the small island also has strong Singhalese and Tamil cooking traditions and this cookbook brings these styles together to showcase the best of the country's culinary heritage. Dig into 100 recipes that celebrate the island's wonderful ingredients, from okra and jackfruit to coconut and chillies, and explore its culture through original travel photography of the country, its kitchens and its people. 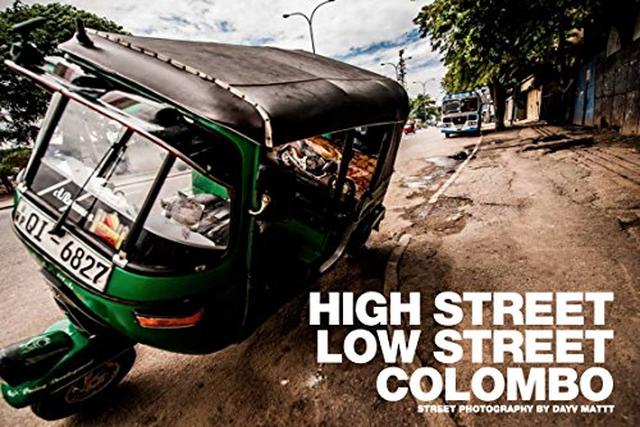 There are plenty of books, blogs, and guides out there that provide details on what a visitor "should" see when they arrive in Colombo. This book does not include those places. Instead, this book explores the small streets and neighbourhoods, including a few that have since been "redeveloped", and provides the viewer with images of what Colombo is like for the average resident. 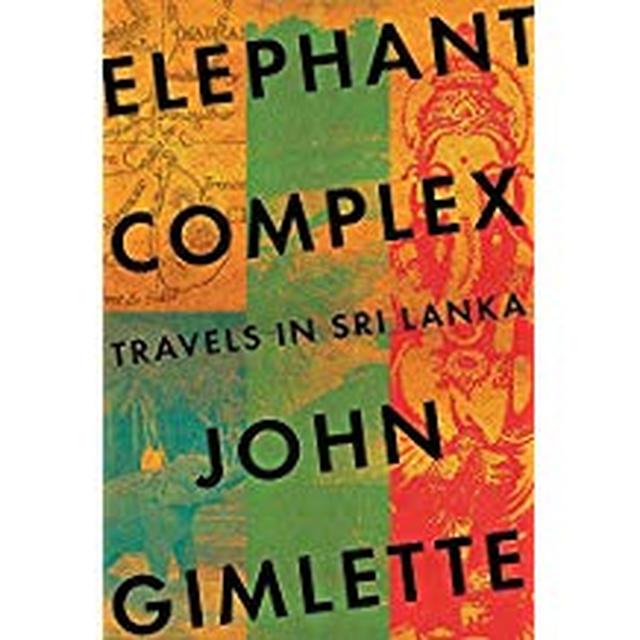 John Gimlette, winner of the Dolman Prize and the Shiva Naipaul Prize for Travel Writing (and ETG traveller, we're delighted to say) is the kind of traveller you'd want by your side. Whether hacking a centuries-old path through the jungle, interrogating the surviving members of the Tamil Tigers or observing the stranger social mores of Colombo's city life, he brings his own unique insight to the page: a treasure-chest of research and a gift for wry amusement. Through him, Sri Lanka - all at once dazzling, strange, conflicted and beautiful - comes to life as never before. 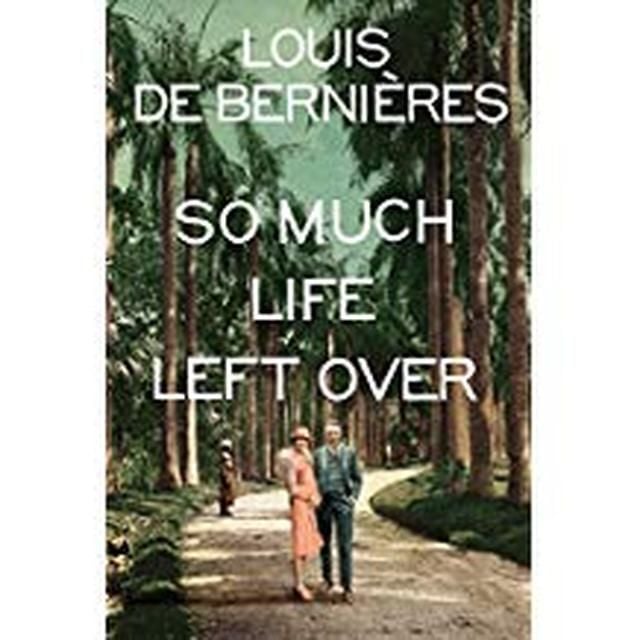 So Much Life Left Over

The sequel to The Dust That Falls From Dreams (although it can also be read on its own.) this is a sweeping, heartbreaking novel following a troubled marriage as the couple navigate the unsettled time between the World Wars.

Rosie and Daniel have moved to Ceylon with their little daughter to start a new life at the dawn of the 1920s, attempting to put the trauma of the First World War behind them and to rekindle a marriage that gets colder every day. However, even in the lush plantation hills, it is hard for them to escape the ties of home and the yearning for fulfilment that threatens their marriage.

By turns humorous and tragic, gripping and touching, So Much Life Left Over follows a cast of unique and captivating characters as they navigate the extraordinary interwar years both in England and abroad.  Also, see if you can spot the cameo from Captain Corelli's Mandonlin! 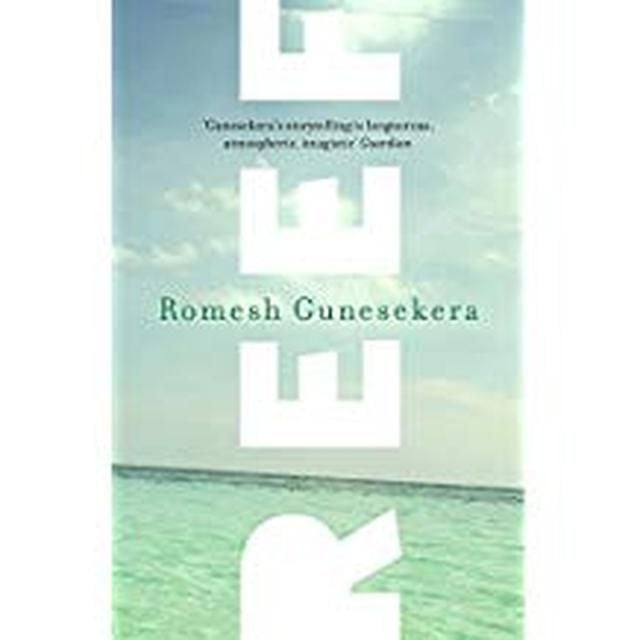 An elegant and moving story that was shortlisted for the 1994 Booker Prize.  Reef explores the entwined lives of Mr Salgado, an aristocratic marine biologist, and his houseboy, Triton, who learns to polish silver until it shines like a molten sun; to mix a love cake with ten eggs, creamed butter, and fresh cadju nuts; to marinade tiger prawns and to steam parrot fish.  Through these characters and the 40 years of political disintegration their country endures, Gunesekera tells the tragic, sometimes comic, story of a lost paradise and a young man coming to terms with his destiny. 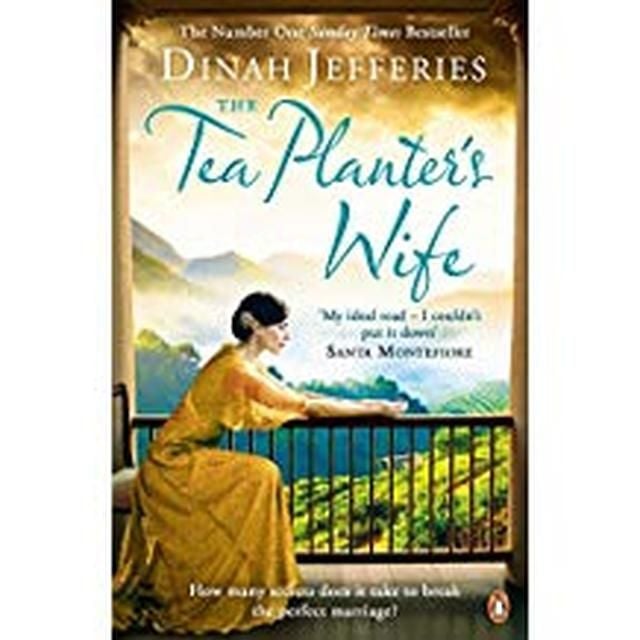 An international bestselling novel set in 1920s Ceylon, about a young Englishwoman who marries a charming tea plantation owner and widower, only to discover he's keeping terrible secrets about his past, including what happened to his first wife, that lead to devastating consequences.

We are delighted to have arranged several research trips for Dinah over the years. You might also like The Sapphire Trader's Secret, set in 1930s Ceylon, and her novels set in Myanmar and India! 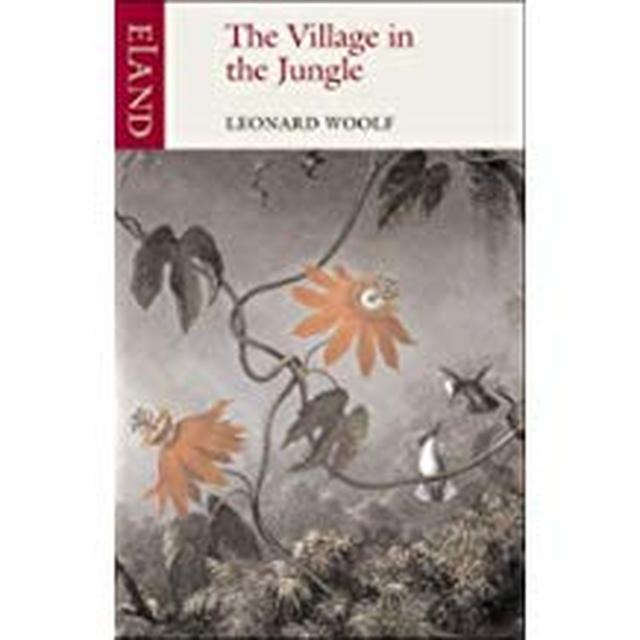 The Village in the Jungle

A classic novel of colonial Ceylon, first published in 1913 and written by Virginia Woolf's husband.  It reads as if Thomas Hardy had been born amongst the heat, scent, sensuality and mystery of the tropics. This book reeks of first-hand knowledge of the colonial experience, and of its profound, malign disregard for the psychology and culture of its subject peoples. 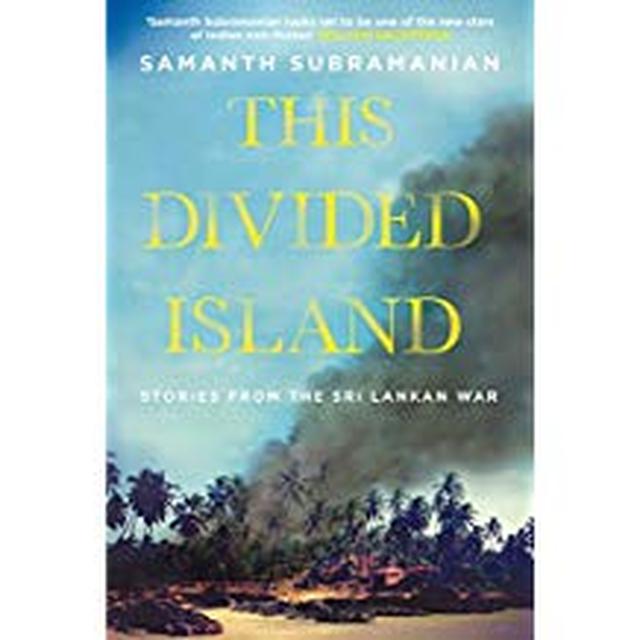 This Divided Island: Stories from the Sri Lankan War

An engrossing and dramatic family saga set against the backdrop of Ceylon's turbulent evolution into Sri Lanka. 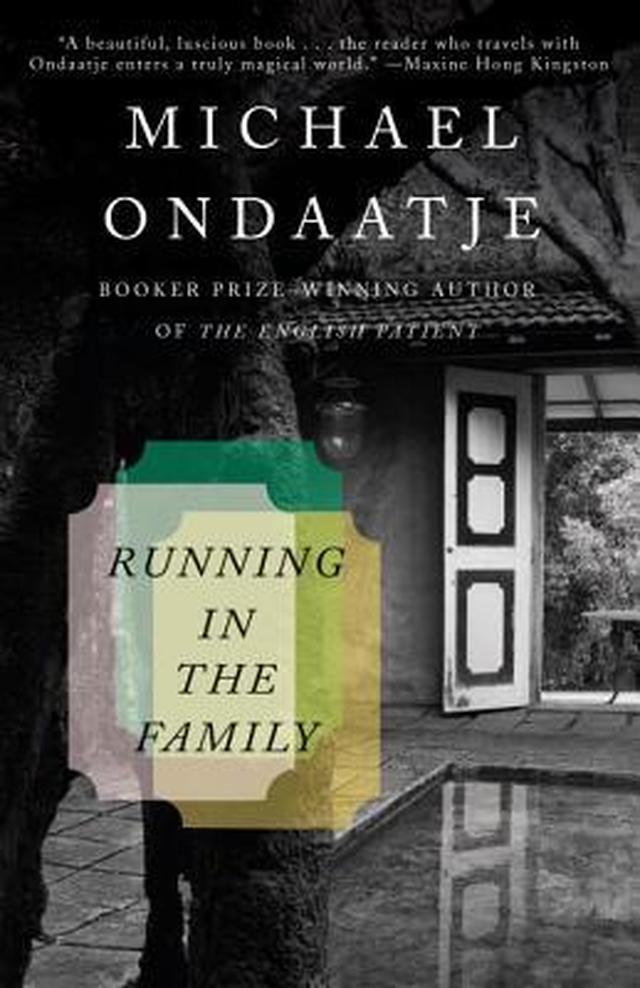 Running In The Family

In the late 1970s Ondaatje returned to his native island of Sri Lanka. As he records his journey through the drug-like heat and intoxicating fragrances of that "pendant off the ear of India," Ondaatje simultaneously retraces the baroque mythology of his Dutch-Ceylonese family. An inspired travel narrative and family memoir by an exceptional writer. 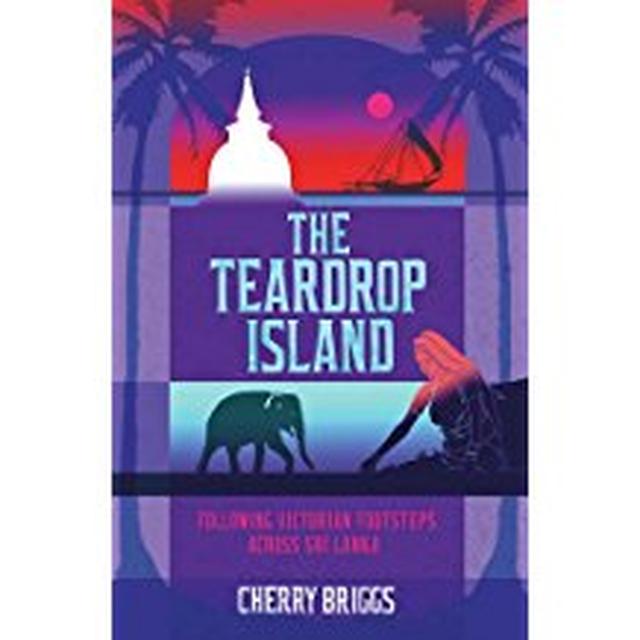 The Teardrop Island follows in the footsteps of the eccentric Victorian James Emerson Tennent, sent to Ceylon in 1845 by Her Majesty’s Government, along a route which takes Cherry to pilgrimage trails, into tea estates and rural regions inhabited by indigenous tribes, as well as through restricted areas of the former warzone, delving under the surface of the contemporary culture via cricket matches and fortune tellers.

Thank you to ETG client, Caroline Jenkins for this recommendation. 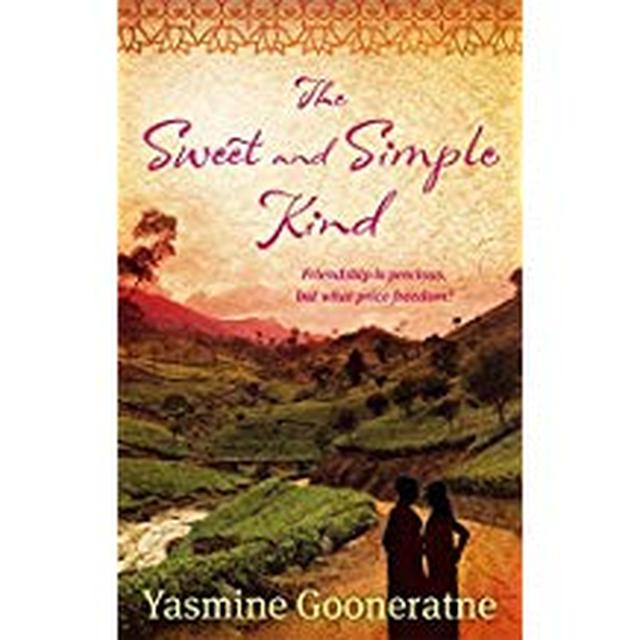 The Sweet And Simple Kind

"Loyalty (and the damnable lack of it in his wife) was the thought uppermost in the mind of Sir Andrew Millbanke as he looked down at Lady Alexandra's dead body, spread-eagled on the paved pathway of the Residency."

And so begins an engrossing and dramatic family drama, set against the backdrop of Ceylon's bumpy evolution into Sri Lanka, as the Wijesinha clan struggle to balance their staunch political ambition against the ignominy of an embarrassing family scandal. And when two young family members, cousins Tsunami and Latha, meet and become firm friends no one can guess that their triumphant friendship will be played out over the passing years against both the best and the worst the newly independent Sri Lanka can offer as these two smart and Westernised young women pursue their own personal freedoms. 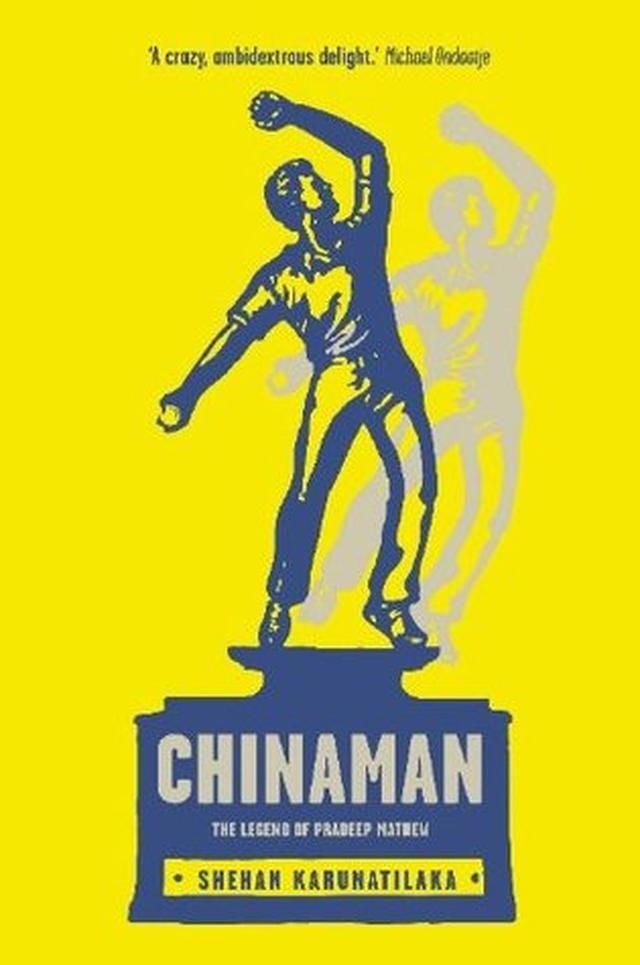 An unusual tale of the game of cricket and intrigue. Winner Sri Lanka's Gratiaen Award 2008 for the best creative work in English.

"I love this book - it's a fantastic novel and written from a Sri Lankan perspective. You probably do need to know something about cricket to fully understand it and ideally a smattering of 'Singhish' too - but all of this is a device to write about Sri Lankan society, life, thwarted ambition and death" Sam Clark, ETG 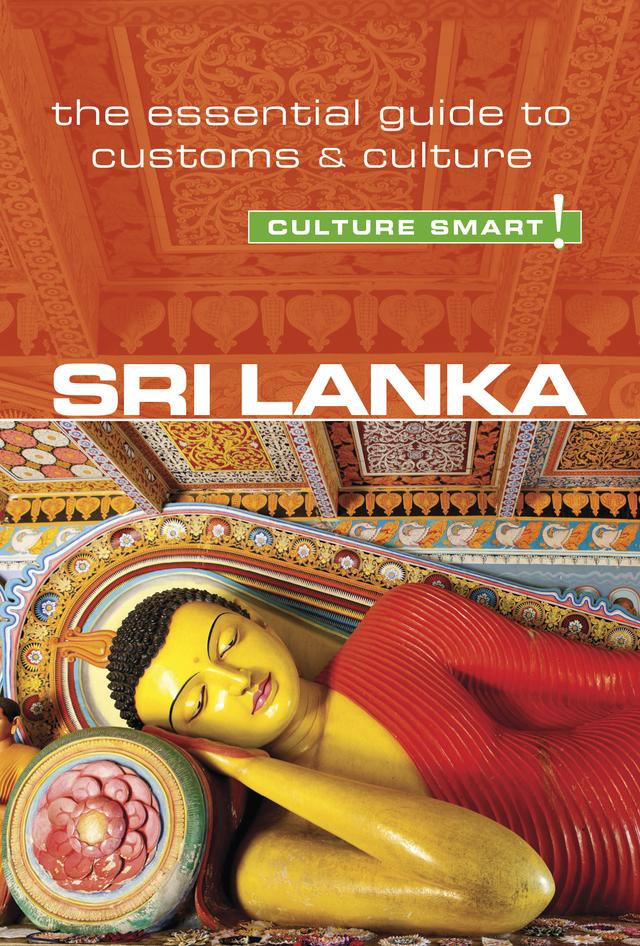 Culture Smart Sri Lanka outlines this fascinating island-nation’s rich and complex history and reveals the forces that have shaped its sensibility and development over the years. An essential guide to customs and culture offering insights into Sri Lankan daily life, at home and in the workplace, and describing what Sri Lankans enjoy and how they interact socially, you'll be guided through the beliefs, attitudes, and customs of the people you will meet, and find practical advice on how best to proceed in unfamiliar situations.

Look out for the newest edition of this guide, published in June 2019.