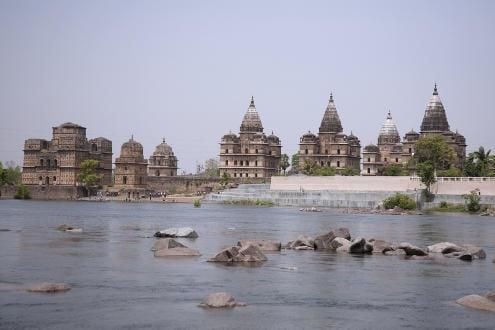 Orchha’s laid back charms reveal themselves sharply and surprisingly out of seemingly nowhere. Once a thriving city and capital of the Bundhela kingdom from 1531 to 1783, Orchha is now a small settlement located amongst huge crumbling temples and palaces which rise out of the surrounding jungle and overlook the undulating hills and the wide boulder-strewn Betwa River. It really is quite an extraordinary place. Your local guide will help you explore some of the many temples and palaces spread along the river and surrounding countryside, including the town’s imposing 17th century fort and palace on an island reached by a causeway. The Chaturbhuj Temple is built on a vast platform of stone, and there are numerous cenotaphs dotting the landscape and all of these can be viewed from a distance or close up, depending on you.

We also include a visit to Tarragram, a unique paper making plant, set up to assist tribal women from the area. All the paper is made from recycled clothing and wood pulp. The day is finished at the puja ceremony between 7pm and 8pm - at the Ram Raja Temple close by. 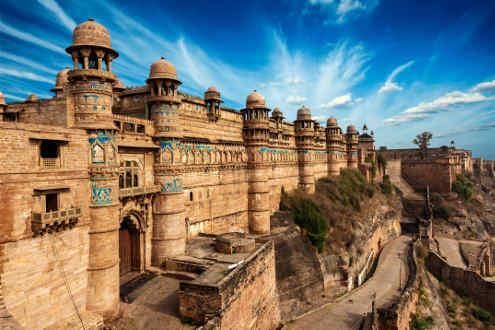 Map centered on Scenes of a Forgotten City. Zoom out to view other hotels (H) and experiences (E) in the area.