This unique itinerary takes in the North of India including Delhi and the former summer capital of the British Raj, Shimla. In the countries east, you'll explore multi-cultural Lucknow and Kolkatta, the former capital of British India.

Countryside adventures will take you to the Himalayas in the North and rural West Bengal in the east, giving you a flavour of the diversity of landscape found in India combined with a taste of its urban diversity as influenced by the British Empire.

The city hotels included are just suggestions and can be adjusted according to your preferences, travel style and budget. The hotels in rural areas are generally destinations in their own right where there are fewer alternatives.

As with all of our suggested itineraries, we can tailor-make your holiday to suit your budget, style and expectations. Find out about our exclusive ‘Journey Planner’ here.

Depart the UK for Delhi

Your guide will meet you at the airport and transfer you to your opulent hotel.

During your time here, in order to get a sense of this sometimes chaotic, sprawling and disorientating city, you’ll take a guided exploration of both Old and New Delhi, taking in the main sites, but also building up a sense of where you are: taking in the sights and smells. You’ll be taken by vehicle and rickshaw amd guided on foot too, so you can get as close as possible to the incredible action.

Day 4 Delhi to Shimla by train (express and toy train)

Today your driver will see you off on the Shatabdi Express and you’ll take a 3.5 hour journey to Chandigarh. On arrival you’ll transfer by road to Kandaghat where you’ll board the narrow gauge railway (toy train) to Shimla in the north-west Himalayas. A journey by toy train is a brilliant way to enjoy the natural beauty of the region winding your way through forested hills of fir, pines, walnut, and apricots, corn, capsicum and paddy fields.

Shimla was once the summer capital of colonial India and today you will explore its heritage zone with a local historian. You’ll explore a number of buildings from the British Raj including the grand Viceregal Lodge where, in 1947, the decision was made to partition India and the two countries that became India and Pakistan.

Today you have chance for a truly memorable trek up Shali Tibba, the highest peak in the vicinity of Shimla. The ascent is steep and steady following an ancient trail through dense pine forests and alpine pastures, and from the peak you get an unforgettable view of endless snow covered ranges.

Transfer by road to Chandigarh airport which takes around four hours. From here you’ll fly to the multi-cultural city of Lucknow where, upon arrival, your new driver will meet you for the transfer to your hotel.

During your time in Lucknow you’ll enjoy guided tours of the varied historic architecture including a morning tour specifically focussing on the European influenced buildings and an evening tour exploring the Victorian era. Here you’ll also enjoy an evening heritage walking tour of the Gol Darwaza, the main market, where you’ll enter a bygone era and you’ll have chance to view an exclusive film about Gandhi. You’ll even have chance to sample  and learn how to cook some original Awadhi cuisine ( including  delicious pasanda lamb kebabs!).

Late this afternoon you’ll fly from Lucknow to Kolkata, the former capital of British India,  a riot of colour, a hub of Bengali culture where slums and shopping malls are interspersed with beautiful colonial architecture.

During your time in Kolkata you’ll take guided walking tours of the vibrant and diverse city, a fascinating way to explore. You’ll also take a short journey on the oldest operating electric tram in Asia, running since 1902. An evening sunset river cruise on the Ganges will give you stunning views of Kolkata at night and will include a visit to Dakshineswar Hindu temple with its beautiful gardens and excellent views.

You will be collected from your hotel in kolkata and transferred south through greater Kolkata to Bawali by road which should take two hours or so.

After you have settled into your room at the stunning and intricately restored Rajbari Bawali you are free to relax – use the pool, have a massage or walk around the village.

Over the next 2 days you can continue to relax or take part in Bengali cooking classes, village walks or bike rides, boat rides on the Hooghly or you can learn about the history of this stunning property.

Today your driver will transfer you to Kolkata airport for your flight home.

Your personalised quotation with Experience Travel Group will include: 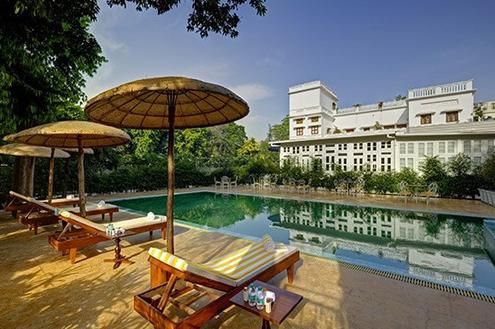 This tranquil former majors bungalow has been restored into a whitewashed, art deco heritage property. 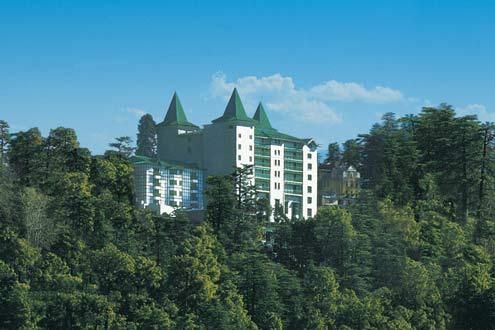 This pleasant and comfortable hotel in Shimla is known for impeccable service, magnificent views, and Colonial style charm. 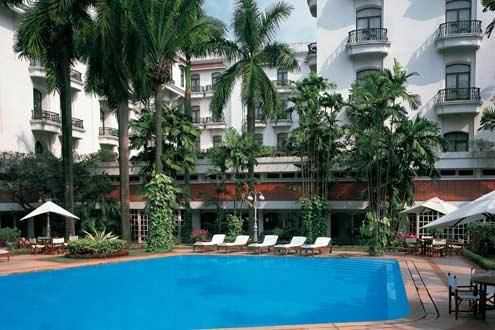 Classic Colonial style heritage hotel is an exceptionally comfortable luxury experience in the heart of Calcutta. 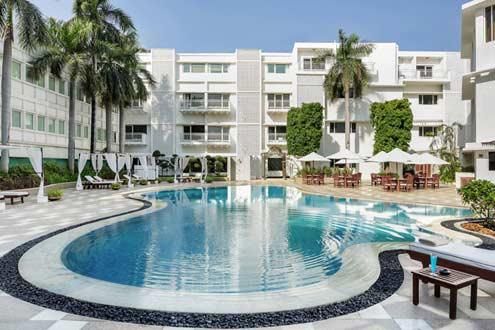 The Claridges is a large and pleasant colonial-style hotel in a quiet New Delhi suburb, particularly well-suited to leisure travellers. 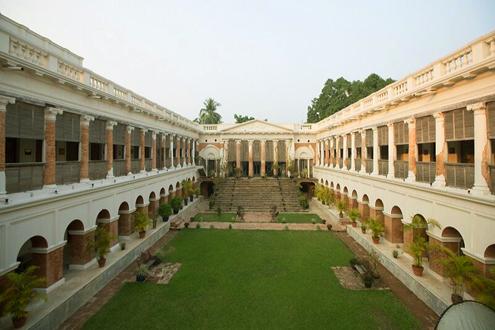 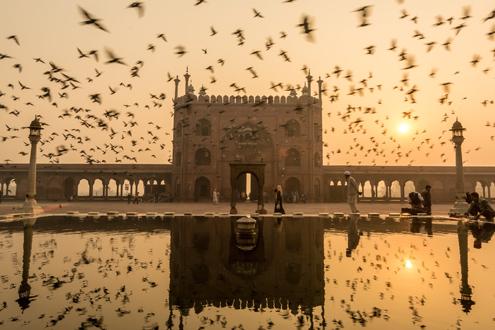 Discover both sides of historic Delhi, capital of the Mughal Empire, and then Lutyens magnificent New Delhi, symbol of the British empire. 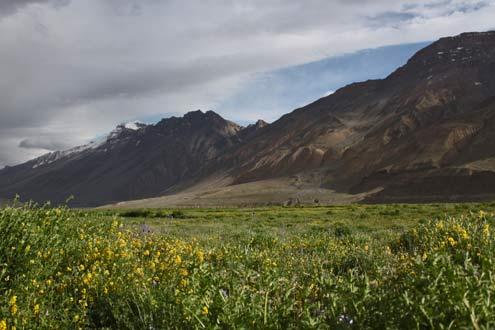 Trek to a spectacular Kali temple at the pinnacle of Shali Tibba, one of the highest points around the hill station of Shimla - an adventurous, off beat experience! 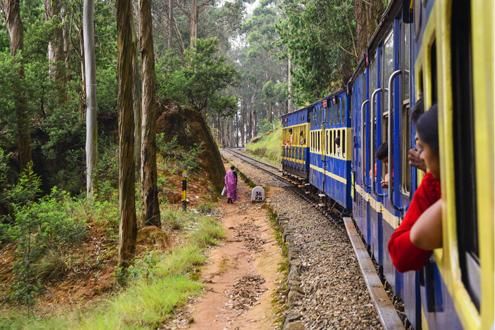 One of the great Indian experiences, train travel is integral to the subcontinent. 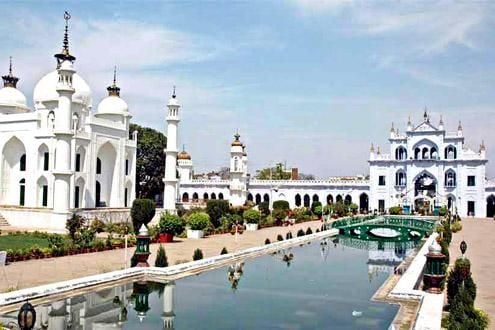 Visit some of the most well maintained monuments India has to offer. Architectural gems are a plenty in this oft overlooked experiential city. 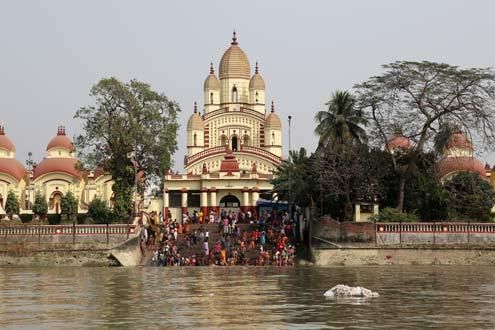 An atmospheric boat ride on the River Ganges and one which really puts the city in the context as an historic port city. 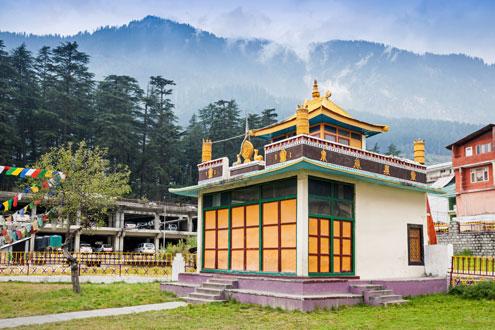 The Ghosts of Shimla's Past, Shimla

Explore the historical links in Shimla between today and the colonial past on a fascinating walking tour. 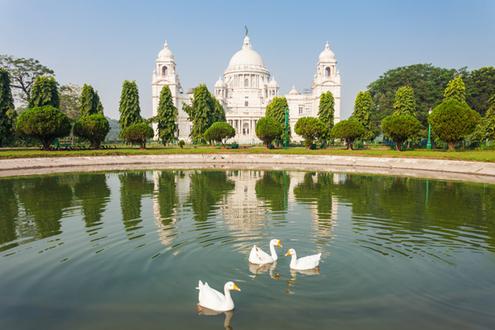 Experience dignified and historical town of Kolkatta - from the Victoria Memorial to 'Black Town' and traditional bazaars.

Map showing Hotels & Experiences associated with 'Footsteps of The Raj ' 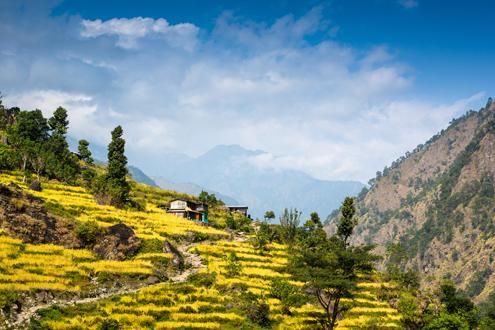 Perfect for Easter, this incredible family adventure takes in majestic scenery, soft trekking and wildlife in the lower Himalayas. 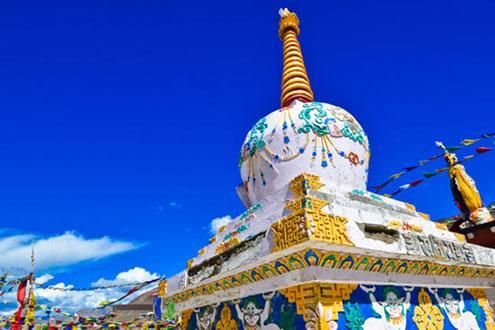 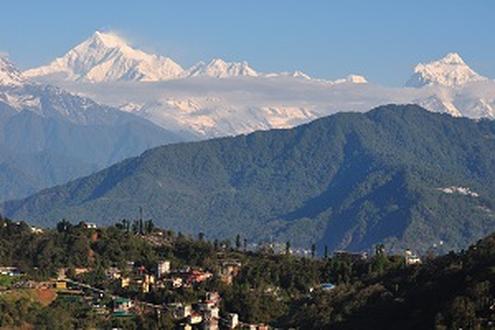 Discover the rural towns and villages of scenic Sikkim and West Bengal as you gain an insight into Himalayan ways of life.