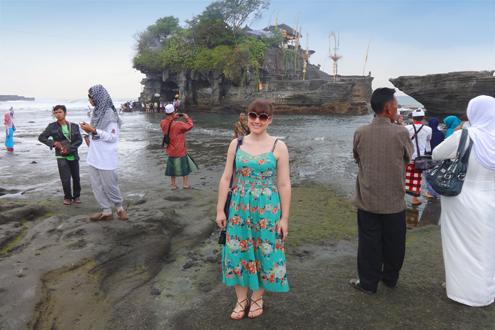 Whilst Islam is the predominant religion of Indonesia, the island of Bali is majority Hindu. From as early as the 1st Century AD, evidence has found Hindu worship in Indonesia and the religion took hold with trade routes from India.

As Buddhism and later Islam influenced the rest of the country in later stages, the Balinese have retained their Hindu identity maintaining various, rites, rituals and many temples dedicated to the religion.

Absorbing the religious aspect of Balinese culture can incorporate submersive cultural experiences with temple exploration. Tanah Lot pictured above for example makes for a very intriguing activity. A rock formation off Bali's coastline, it is a temple frequented by many pilgrims and it makes for a fantastic photo – particularly at sunset. 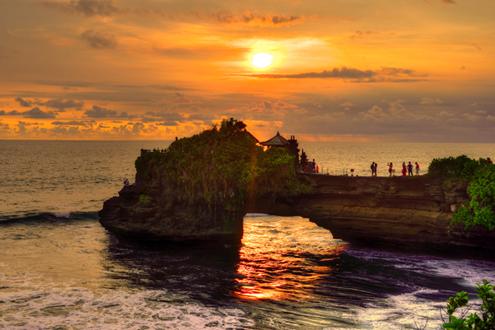 A holiday adventure with your family: explore the picturesque mountains and East coast of Bali, and avoid the crowded and touristy south.

Map centered on Indonesia's Hindu Island of Bali. Zoom out to view other hotels (H) and experiences (E) in the area.