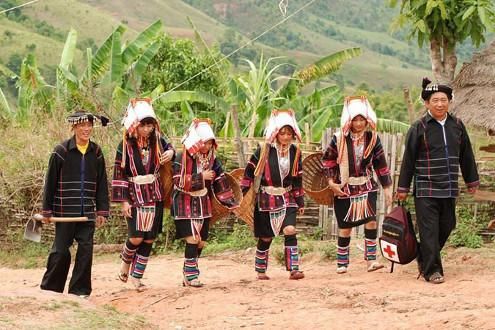 Loi Mwe is a picturesque old hill station near Keng Tung, inspired by the British colonial age and influenced by a melting pot of ethnicities. On this tour, you can admire the charming colonial architecture and lovely old buildings in the town centre, such as the governor’s former residency and the Catholic church. Take in some spectacular countryside at high altitude – 1700 metres above sea level, to be exact – and get some fresh mountain air as you trek out among the hills to some ethnic villages close by. Admire the colourful garb and fascinating customs practised by the local people.

Map centered on Loi Mwe Hilltop Town . Zoom out to view other hotels (H) and experiences (E) in the area.