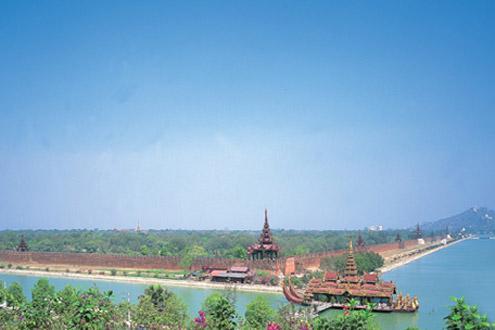 For many, the town of Mandalay has romantic and exotic connotations by virtue of it featuring heavily in colonial literature and poetry, and the rapidly modernising but endlessly fascinating city we see today does not disappoint. Mandalay was the seat of the last Royal Kingdom of Burma before it was annexed by the British in the last Anglo-Burmese war and so, historically, was the seat of Burmese culture in upper Burma. Mandalay's most important sites include the Kuthodaw Pagoda, home to the 'World's Largest Book' with Buddhist scriptures inscribed on marble slabs, plus the intricately carved wooden Shwenandaw Monastery in town, a remnant of the last days of the Konbaung dynasty and royal Burma. The ruins of what was once intended to be the largest stupa in the land lie a short boat ride up the river at Mingun, where only the cracked and decaying stupa base sits on the river bank flanked by two giant lion statues, also unfinished.

We often encourage people to have a free day in Mandalay or take a day trip into the city, in order to enjoy all that the city also has to offer in terms of restaurants, bars and shopping. Although it is a busy city, Mandalay maintains a provincial small-town feel and so is a good place to have some down time and gentle exploring in the middle of your Myanmar itinerary.

Map centered on Mandalay. Zoom out to view other hotels (H) and experiences (E) in the area.