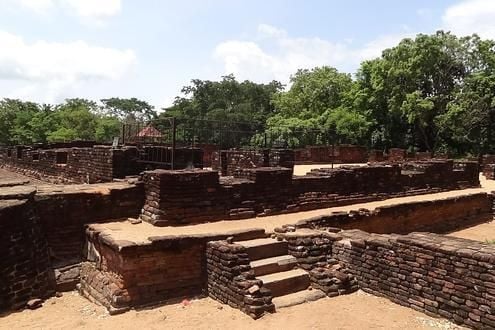 These 12th Century remains of the temporary capital city of Parakrambahu are a nice spot to stop for a cup of tea and to stretch your legs on the way from Colombo to the Cultural Triangle or to Kalpitya and The Mudhouse.

Although not as spectacular a sight as the capital cities of Anuradhapura and Polonnaruwa, Panduwasnuwara is still worth exploring if you are in the neighbourhood. The site, which contains the ruins of ancient buildings are spread across an area of 20 hectares, and areas have still not been fully excavated.

Upon arrival, the first aspects to hit you are the six-metre wide moat and citadel walls, moving in to remnants of dagobas, image houses, meeting halls, accommodation and ayurvedic hospitals. Take some time to wander the ruins and soak up the history before retiring to the local tea shop for some butter tablet and a good brew.

Map centered on Panduwasnuwara. Zoom out to view other hotels (H) and experiences (E) in the area.