On a recent research trip to Indonesia, Experience Travel Group‘s CEO Sam Clark discovered the unique and gory funeral rituals in Tana Toraja, Sulawesi, where buffaloes are both sacred and slaughtered and the dead co-exist with the living. The events described are not staged for tourists but are an integral part of Torajan culture. This article contains images that some may find distressing.

Who are the Torajan people?

‘Tana Toraja’ or ‘Toraja Land’ is the homeland of the Torajan people of Sulawesi, Indonesia. With a population of around three million, they are a sizeable minority in Indonesia, but only 500,000 or so still live within their ancestral homeland. It’s a gloriously scenic place, with lush green paddy and idyllic villages interspersed with dramatic, jagged rocks.

The main thing the Torajans are known for is their preoccupation with death and buffalos. Or perhaps, with buffalos and death. Here in Tana Toraja, the two are intrinsically linked and their presence acutely felt in day-to-day life: buffalos feature prominently in their culture and particularly in their elaborate and gory funeral rituals.

Traditionally, they hailed from the highlands: ‘Torajan’ translates roughly as ‘hill people’, which was how they were known in the old days to people of the coast and the lowlands. They would come down from the hills from time to time, usually to sell their coffee if they grew surplus, but otherwise remained deep in inaccessible hills, with sharply jagged hillsides wrapped in thick jungle. It would have been next to impossible to reach them before roads and developed infrastructure, which is probably why the Torajans retained such a distinct culture with customs very different from any of their neighbours.

In fact, they have very little in common with any neighbours and there has apparently been very little racial mixing: indeed, they look very different from the Bugis people, for example, who lived on the coast just 60 miles away. I was told they regard the Bugis as rather handsome.

They were headhunters in the past and seem to have retained some kind of Hindu culture, perhaps for 1,000 years or more, since they migrated down from the north. The signs of Hindu culture is in the veneration of the cow (or buffalo in their case), a strict caste separation of roles and quite a lot of the mythology and symbols that they retain in the decoration and so on. Their houses are very unique with a roof that is shaped, they believe, like buffalo horns. Some anthropologists have suggested the houses were shaped like the boats they came over in all those years ago, but the locals seem to prefer the buffalo explanation.

They prize the buffalo so highly they take them for jogs if they feel they are getting fat, apply the cream to keep away the mozzies and even clean and hand-feed them. The front of houses are generally decorated with buffalo horns leftover from recent funerals too and no field is complete without a placid-looking buffalo chewing the cud. 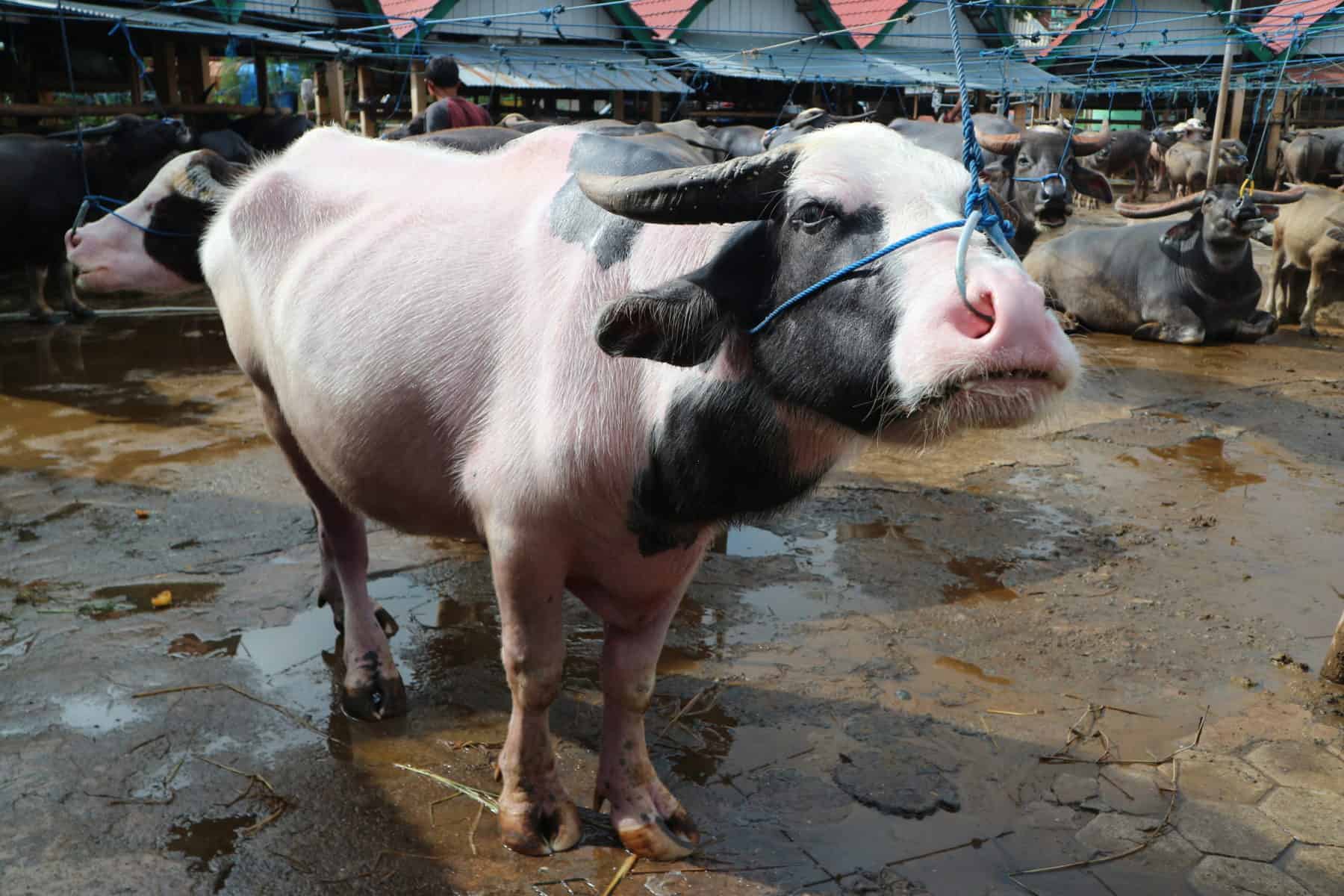 This brings us to the most famous part of Torajan culture – the funeral. The Torajans believe that when people die, they remain with us and look after those left behind. In order to properly do so, they need a proper funeral, and a proper funeral involves sacrificing a buffalo so that it can escort the deceased Torajan back to heaven.

So, the funerals are incredibly graphic events. They don’t mind tourists visiting, as the high-status funerals last a long time and it is a case of the more visitors, the more prestigious. But you do need a strong stomach, as on the penultimate day of the ceremony the buffalo are sacrificed. At a big funeral for an important person, more than 30 buffalo might be killed. Each buffalo is worth thousands of dollars, so the cost of a funeral can be sky-high.

It’s not just buffalo: pigs too are slaughtered for celebratory food. It’s worth bearing in mind that all of the food is eaten and given away for others to eat in an intricate pattern of gifting and counter-gifting. In the old days, this would be the only time people ate meat, as all surplus wealth was reinvested back into their buffalos – either in the present or in the future.

They have a similarly complicated system for saving for and accumulating buffalo to ensure everyone is buried in the appropriate style. You can donate buffalo to the funeral of a close friend’s family, or a pig or even a bag of sugar if you have less money. When it comes to your funeral, they would then be expected to pay you back. So, you can invest money in advance and claim it back when needed. This seems to tie the community closely together: in addition to the 500,000 Torajans still living in Tana Toraja, the 3 million or so who have moved away still feel compelled to help out and contribute buffalo for their or other family member’s funeral. It’s basically a distributed ledger, though traditionally kept orally, rather than cryptographically like modern blockchains like Bitcoin. Nonetheless, I did wonder if a Torajan living in Jakarta or similar might launch the first BuffaloCoin on an unsuspecting market…

One other thing that helps them is that they do not have to bury their dead directly as we do. They are happy for the dead to remain in their house, preserved using formaldehyde or the traditional herb concoction. Then they remain sleeping in the back of their houses until they are ready for the big funeral.

Once they are buried they move them from the house to the place they call ‘the house with no smoke’, which is essentially a graveyard that’s part of the village. So, in a sense, the dead remain part of the community. They usually cut a chamber into a rock in the village and leave the body there to decompose properly. If they are high caste (noble) people, they will have a wooden effigy built for them and kept there too.

The strange thing is that none of this feels creepy, weird or even spooky. They seem to celebrate death in a way that our culture cannot really do and perhaps we could learn something from that. Moreover, they are proud that they spend their lifetimes accumulating buffalo (or buffalo credits) for their eventual death as opposed to collecting material things like we do. It made me think that perhaps our house is our ‘buffalo’ back in the UK!?

Curious about Tana Toraja and Sulawesi?

Experience Travel Group’s Sulawesi Explorer holiday enables you to immerse yourself fully in the Torajan way of life, transporting you wholly away from the everyday. To find out more, please call 020 3411 6494 or email us with your questions here.