Over the last few days, you may have heard reports of camping safaris in all of Sri Lanka’s national parks being removed from within the park’s boundaries. We wanted to explain the situation further.

On the 19th October 2012, the Sri Lankan President – Mahinda Rajapaksa – announced a presidential directive stating that no tented safari camps are allowed inside the national parks until further notice. The official reason for this sudden change is that private companies are not allowed permanent structures within the national parks (this is true of many national parks worldwide).

As the canvas tents and supporting facilities used by these camping safaris are actually not permanent (they can be put up and taken down in approx. 24hrs), local operators of the camping safaris are currently making representations to the Sri Lankan government and trying their best to reach a long term solution. In the meantime, unfortunately, this means that all camping safaris in Sri Lanka will not be based within the park boundaries but just outside in the buffer zones. 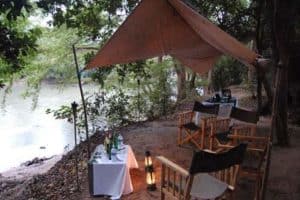 So what does this mean for you if you are planning a camping safari or have already booked one? Essentially, very little has changed with regard to your camping safari experience. All operators of the camping safaris, from standard level right up to luxury, are now basing themselves in the isolated wilderness areas of the national park buffer zones. No hotels are permitted within these zones which border the national parks so the experience of ‘living in the wild’ is very much similar to that offered previously. The high quality jeeps, tents, naturalists, food and general customer service are also of the same exceptionally high standard seen previously (much higher than the general level offered by the daily jeeps). Many of you may actually find your wilderness camping experience heightened, with some operators now offering night safaris in the buffer zone outside the park – something that would not be possible were you staying within the park itself! 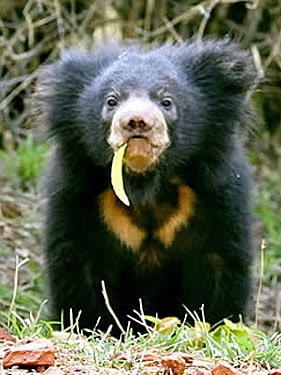 It is unclear just now whether this change will be a permanent one or will be cleared up soon, so we would like to reassure people that the camping safari experience will be almost uncompromised. With many of Sri Lanka’s national parks, the boundaries are not fenced, and the wildlife certainly does not live exclusively within government-defined boundaries. By staying just outside of the park you are still able to reach the national park’s interiors for the fantastic game drives led by your knowledgeable guides, whilst having the additional benefit of a previously impossible night safari – the best time to go searching for those most elusive of Sri Lanka’s wildlife: the leopard and the sloth bear!

Speak to one of our Sri Lanka experts if you would like further advice on booking a safari in Sri Lanka and check out our ultimate guide to wildlife in Sri Lanka.