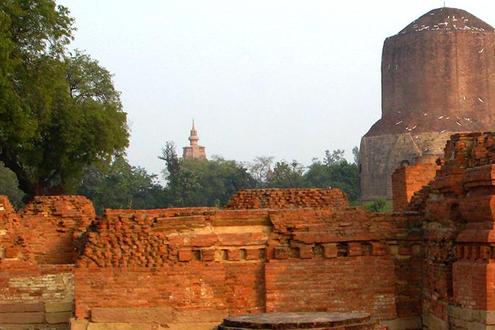 Located about 10km from Varanasi it is one of the important Buddhist centres of Sarnath. It is the site where Lord Buddha had preached his first sermon or in religious language, set in motion the Wheel of Law (Maha-Dharmachakra-Pravartan) enshrining the principles of his teaching into laws. 200 years later, in 3rd century BC, the Mauryan Emperor Ashoka who spread the Buddha's message of love and compassion throughout his vast empire, built massive stupas, viharas and monasteries making it the centre of the Buddhist world.

An immersive 2-week urban and rural adventure across the Indo-Gangetic Plain. Step away from the tourist trail and into authentic India.

Map centered on Explore Sarnath. Zoom out to view other hotels (H) and experiences (E) in the area.