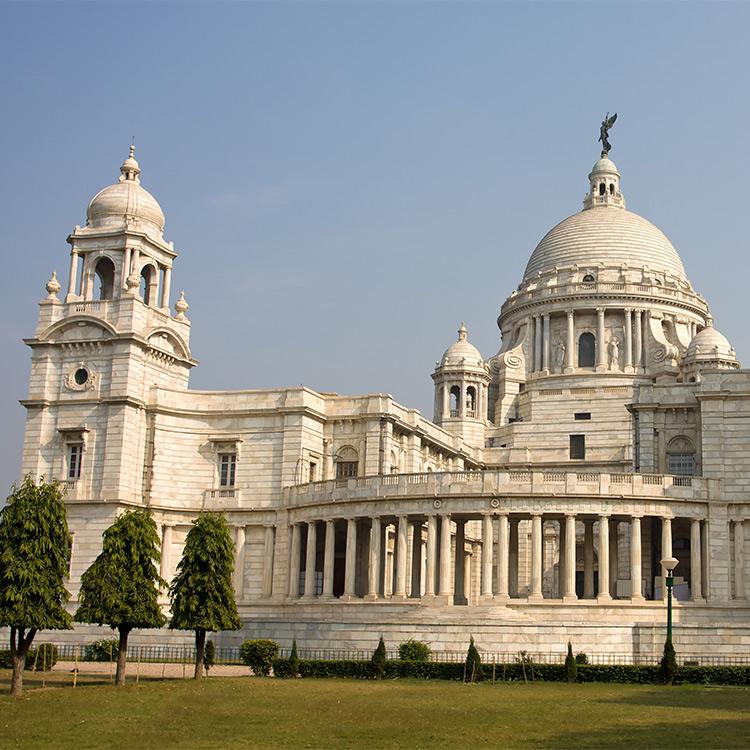 Kolkata (or Calcutta as it is otherwise known) lies on the River Hooghly, delighting and distressing its visitors at the same time. It is an affronting mix of poverty and splendour, of human suffering and opulence. Kolkata is India’s second-largest city, so it’s polluted, overcrowded, and congested, but also full of peaceful gardens, grand memorial monuments, quiet mosques, Jain temples, and majestic palaces with sprawling green grounds. Here you’ll see slums, squalor, and desperation alongside intellect, culture, and consumerism. For visitors, the safest and most interesting parts of the city to explore are south of the bridge at Howrah, around Chowringhee and BBD Bagh.

It was formerly the British capital of India, and as such, there is plenty of colonial-era architecture to admire: the Maidan parklands, Eden Gardens, the Victoria Memorial, and of course, the Calcutta Racecourse, just to name a few. In the north, the older and best-preserved part of the city, you can explore the splendid Parasnath Jain temple and the grand 19th century Marble Palace, and wander through narrow winding alleyways. Take a walk along the river promenade near Eden Garden and visit the Posta market. A boat cruise under the night sky at Outram Ghat is a peaceful and pleasant way to see the city from the water. Kolkata’s modern southern district is shiny, new, and affluent, with plenty of green spaces and expansive shopping malls.