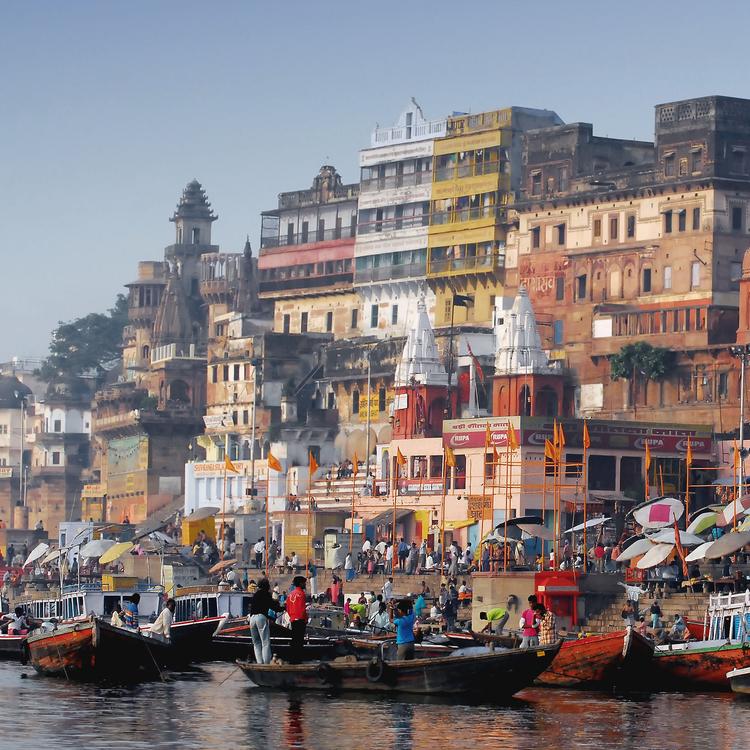 Uttar Pradesh’s cities are filled with narrow mazes of streets leading to crowded and noisy bazaars full of silk, brassware, and spices. The holy city of Varanasi is a place to reflect on life and death in great and sometimes quite confronting detail. Along the Ganges, you’ll witness an explosion of sound and colour. Lucknow is lesser known on the tourist trail, but well worth exploring. It has its own distinguished culture and culinary specialties, among them the delicious Awadhi kebabs. Finally, the Chambal Valley is an unsullied paradise of extraordinary beauty and breath-taking landscapes, home to gangetic dolphins, beautiful and rare bird species and crocodiles.

As the most central state, Madhya Pradesh lies at the geographic heart of India. Rudyard Kipling made the region’s forests and wildlife world-famous, with Pench, Kanha and Bandhavgarh among the better-known National Parks. They protect tiger, gaur, leopard, monkey, wild dog, deer, and plenty of reptiles and birds. Panna and Satpura are less frequented but equally beautiful.