The Boten-Vientiane section of the Laos-China Railway, which opened in 2021, runs through Laos from north to south, from the border with southern China down to the capital Vientiane. Initially set up to better connect China with Laos, the thrice-daily service significantly reduces journey times within Laos and opens up some remote areas that were previously tricky to get to.

Visitors can now reach The Muang La area in Oudmxay province from Luang Prabang in little more than an hour; this would have previously taken 6 hours by road. The train also offers an alternative to a domestic flight or an 8-hour road journey between Luang Prabang and the capital Vientiane - by rail; the trip takes just 2.5 hrs via Vang Vieng. This not only benefits intrepid travellers - it also makes a holiday beyond Luang Prabang possible for anyone who would have previously ruled out long road journeys – for example, families with younger children.

There is a chance to see some of Laos' famously epic scenery on board the train, but the reduced journey times are only possible due to tunnels cutting through the mountains. So the train is not a sightseeing experience per se. However, we don't think you'll miss out; for example - take the train one way up to Muang La; you can then travel back to Luang Prabang along the Nam Ou River and fully immerse yourselves in the magnificence of the countryside en route.

The trains themselves are modern, clean, and comfortable and unlike trains in the UK, leave and depart when they are supposed to! We've incorporated them into several of our featured itineraries so you can see how they could work for your holiday. Call us if you'd like to discuss in more detail. 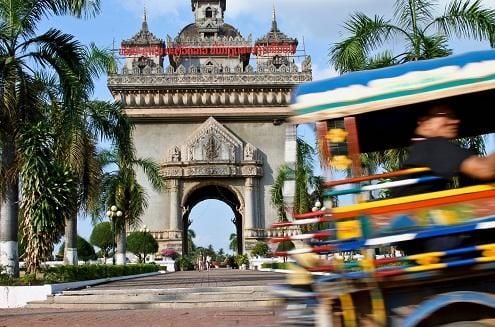 Exploring sleepy Laos from north to South at an easy relaxing pace on meandering river journeys and trains through mountain passes. 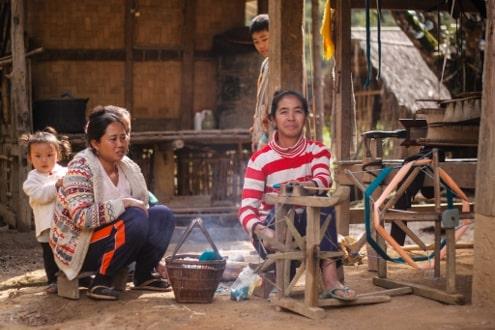 A once-in-a-lifetime adventure for families or adventurous couples: kayaking, waterfalls, laid back Laos and gorgeous scenery. 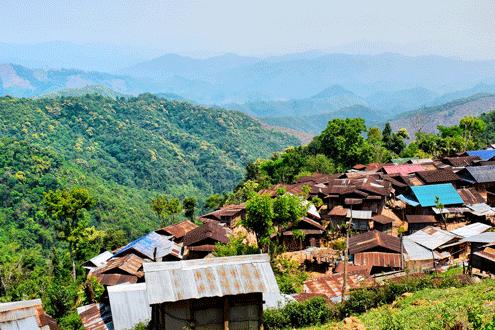 A two-week tour taking in the beauty of each region with minimised time on the road.

Map centered on Train Through Laos . Zoom out to view other hotels (H) and experiences (E) in the area.