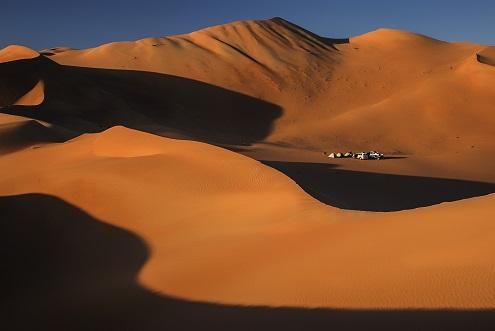 An absolute must-see for those visiting Dhofar, the Empty Quarter (Rub Al Khali) is a true sight to behold. What better way to experience this vast expanse than by spending a night wild camping in the dunes of the world’s largest uninterrupted sand desert.

On day one, your guide will transfer you into the desert, with stops along the way. As you arrive, kick things up a notch as an experienced driver takes you dune bashing, a real thrill! End the day watching the sunset over the dunes, with a BBQ dinner.

The following day, visit the World Heritage Site known as the Lost City of Ubar. This ancient kingdom once existed in one of the world’s most hostile climates before, according to a myth, the desert sands swallowed it whole. It was lost to the desert, coining the name ‘Atlantis of the Sands’, before being spotted by a satellite in 1992.

Later as you return to Salalah, visit Wadi Dawka, otherwise known as the frankincense Wadi, which is home to the region’s largest collection of frankincense trees. It’s the perfect spot to learn a little more about its use in both the past and modern world. 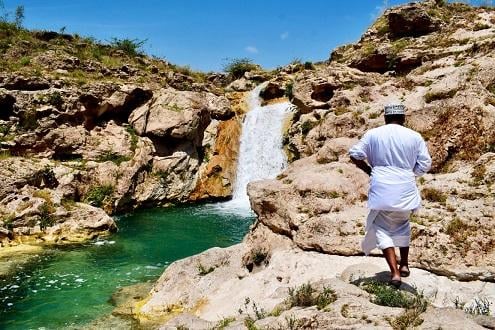 A Week In The Arabian Tropics

For families seeking an unusual half-term trip or couples short on time. In Salalah, find everything that's great about Oman.

Map centered on Spend a night camping in the Arabian Desert . Zoom out to view other hotels (H) and experiences (E) in the area.