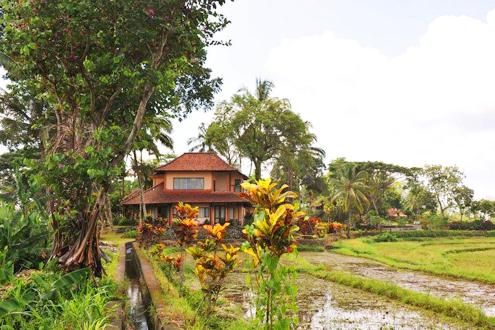 Set in the beautiful region of Banyuwangi in eastern Java, the Ijen Resort is the ideal location from which to explore one of the world’s most spectacular volcanic craters, the Ijen Crater.  And with the volcanoes of the Ijen national park as its backdrop, this hotel also enjoys panoramic views of the surrounding countryside.

Despite the narrow roads and difficult access to the Ijen National Park, it is well worth a visit for its spectacular and unforgettable nature and scenery. The hotel itself hosts 37 rooms ranging from the standard, superior room to two-storey villas. The rooms are bright and airy, with subtle Indonesian touches creating a friendly and welcoming feel.

Hikes up the volcanoes and into the National park are available from here, while for less adventurous travellers, the well-manicured hotel gardens and pools overlook many of Java’s diverse habitats including stunning rice paddies, volcanoes and rainforest.

The remote location offers an escape from the hustle and bustle of the rest of Java; creating a peaceful environment in which to relax after a day exploring the National Park and Crater.

Map centered on Ijen Resort. Zoom out to view other hotels (H) and experiences (E) in the area.