The Burghers of Sri Lanka

Due to its geographical positioning, Sri Lanka has played host to travellers from around the world. And all of them have contributed to moulding the Sri Lanka we know today. The written history of Sri Lanka begins with the arrival of Prince Vijaya from West Bengal (India) in 543 BC when his father banished him along with 700 others on a ship. Not the best start, but this is the origin of Sri Lanka’s Sinhalese people, now the largest ethnic group on the island. In the third century BC Buddhism was introduced to Sri Lanka which meant that the Sinhalese became Buddhists.

By the time the kingdom changed from Anuradhapura to Polonnaruwa, Tamil Hindus started settling on the island too. For centuries traders came along the silk route and the Arabs started settling down in Sri Lanka, setting down roots in the 7th Century AD making way to a third ethnic group: the Sri Lankan Moors. 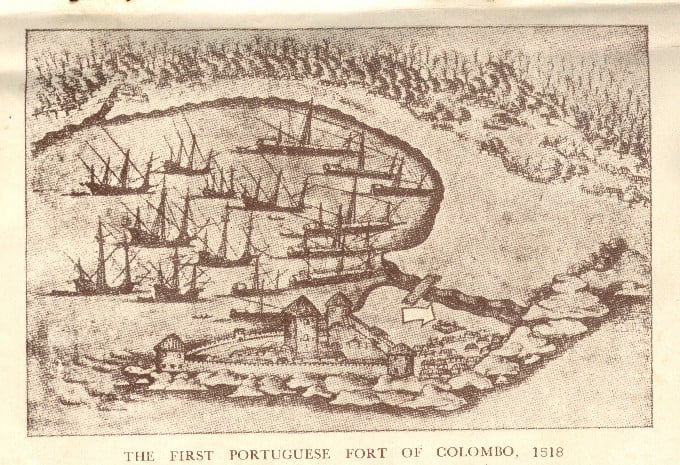 The term ‘Sri Lankan Moors’ was coined by the Portuguese who, like prince Vijaya, landed on Lankan shores by chance in 1505 and called it Ceilao. Soon, ship loads were heading to Sri Lanka for trade and settlement. The first fort was built in Colombo in 1518 before the Portuguese spread their reach along the coast, right around the island. By 1656 the Dutch took over the coastal region and the forts built by their predecessors. So when the British conquered Kandy and claimed Ceylon a British colony, the country was inhabited by both native Sri Lankans and those of mixed European descent who were recognized as the Burghers.

Today, the Burgher community takes up 0.3% of the Sri Lankan population and consists of those who descend from any European origin such as Britain, Netherlands, Portugal, France, Germany and Spain. However, the majority of the Burghers are considered to be of Dutch and Portuguese origin.

The Dutch Burger Union in Colombo was founded in 1908 to bring together the Burgher community of Ceylon because the Dutch and Portuguese heritage was slipping out of reach with most families who have dropped the language of their ancestors to adopt English as the first language along with Sinhala or Tamil.

Da Silva, Menez, Pieres and Ferreira are all Portuguese names. But with time they have been appropriated to roll off the Lankan tongue with more ease as De Silva, Mendis, Peiris and Perera as they were taken up by locals during colonial times. I am a de Silva – but not a Burgher. My father is from Galle, as were most De Silvas, Mendises, Peirises and Pereras and the same goes for its neighbouring cities. While Galle was under the rule of the Portuguese, most people who wanted to make a living through trade along the South coast took up these names. 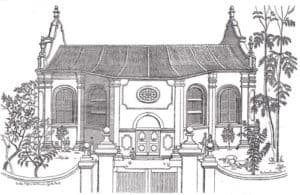 Most Burghers also come from Galle, Matara and Colombo – all of them cities with busy forts. These Burgers were commonly known as ‘Sudu Lansi’ and ‘Kalu Lansi’. ‘Sudu Lansi’ translates to ‘white burgers’, the relatively recent addition to the generally two-pronged Burgher community, the Dutch Burghers who hadn’t married into the local community as much as the Portuguese. In contrast, the Portuguese came to Sri Lanka over a century before the Dutch and were actively encouraged to mix with the locals. Hence they gained the title ‘Kalu Lansi’ which translates to ‘black/dark Burghers’.

There is an isolated ‘Kalu Lansi’ or Portuguese Burgher community who reside on the East coast in Batticoloa and have held on to their roots against numerous odds including the civil war. Historian Dr. Rowland Silva once invited the ambassador of Portugal to visit these Batticoloa Burghers who still speak Portuguese. The ambassador was surprised to find that he didn’t understand a word they spoke as it was a medieval version of present day Portuguese, Creole. Their ancestors came to Sri Lanka over 500 years ago and, until this present day, speak in Portuguese Creole, dance the Kaffirinha and have very European sounding names such as Stevens, Harrington, Vincent, De Lima, Hendricks, Barthelot, Baltharza, Betterbrown, Andrado, and Outschoorn. In fact, I recently read that Margret Outschoorn is the oldest member of the Batticoloa Burgher community at 92 years of age.

The Sudu Lansi were also known ‘Sapattu Lansi’ which meant ‘Shoe Burghers’ or ‘Burghers of Shoe’ because all cobblers were Burghers. Stereotyping was an art that was mastered by the Sinhalese. This is why my grandmother used to call shaggy haired dogs ‘lansi ballo’ which means ‘Burgher dogs’. This was not in any way meant to be insulting but it’s just that in her time shaggy haired dogs were owned only by Burghers. Thus they were Burgher dogs!

I do believe these once stark differences between the Burghers and others have reduced significantly. For example, it is only after I recently started researching this topic that I realised one of my father’s friends I’ve known all my life, now an 80+ year old retired architect I meet up with for long chats, is actually (technically) a burgher. His name is Christopher De Saram. De Sarams are generally Burghers from Matara, just like he is. His mother was a lovely lady who used to send us Portuguese sweets she made for occasions and holidays we didn’t celebrate or know of because she was a Sri Lankan Portuguese. I knew that, but I still didn’t make the connection until a few weeks ago because he identifies himself more as a Sinhala Buddhist than a Catholic Burgher. Then there was a girl, few years my junior, called Denies Koch when I was in school. She spoke English and studied in the Tamil stream so I always thought she was a Tamil, even though I knew Koch isn’t a Tamil name and it turns out Kochs are descendants of German Protestants. But to my knowledge, even they don’t consider themselves to be Burghers.

Some think that the Burghers are a forgotten race. I don’t think they are forgotten and nor should they be. The Burgher community have contributed a great deal to Sri Lanka and to the world. Here is a short list of remarkable people I know of. Chances are that you may have heard of at least one of them!

If you’d like to experience Sri Lanka and its history up close, why not have a look at our Geoffrey Bawa Architecture Tour? Of course this holiday can be amended for you as much or as little as you like. Alternatively, you can ring us on 020 7924 7133 – we love to talk about travel!