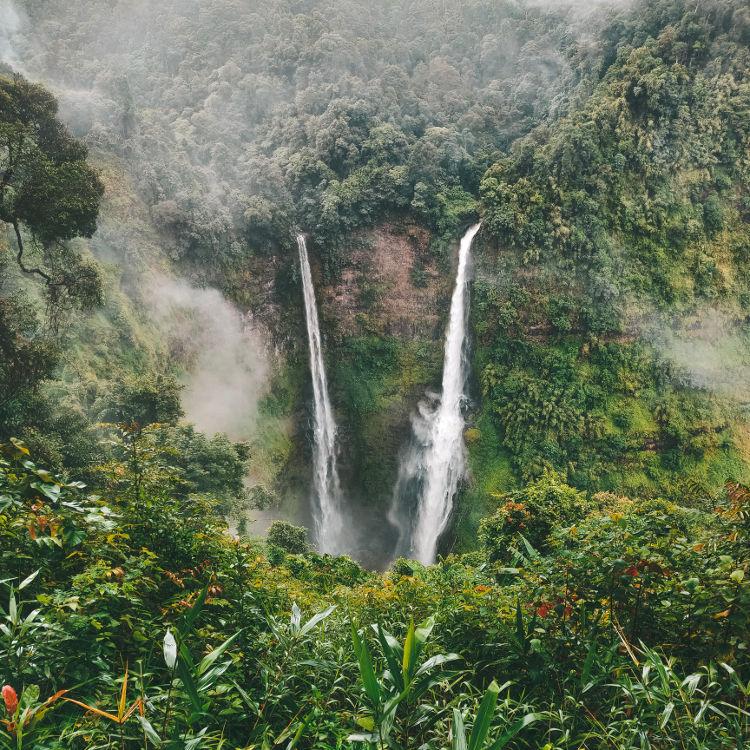 Southern Laos is known for its highlands and plateaus, waterfalls, temple ruins, Mekong Islands, relaxed ways and its sense of timelessness. The small city of Pakse in Champasak Province is the main hub for the region, and access is available via direct flights from Vientiane, Siem Reap and Ho Chi Minh City, or via nearby Ubon Ratchatani in Thailand just across the Chong Mek border.

Highlights for visitors to this area of Laos include the Bolaven Plateau with its pleasant climate, tea and coffee plantations, waterfalls and ethnic minority villages and Wat Phou – a Khmer temple ruin and UNESCO World Heritage site. The Si Phan Don (‘4000 Islands’) area of the Mekong River near the Cambodian border has many islands, rapids and waterfalls (Khon Phapheng Falls are often said to be the largest in Southeast Asia) small traditional villages, and the incredibly endangered freshwater dolphins that still remain in this part of the Mekong River.