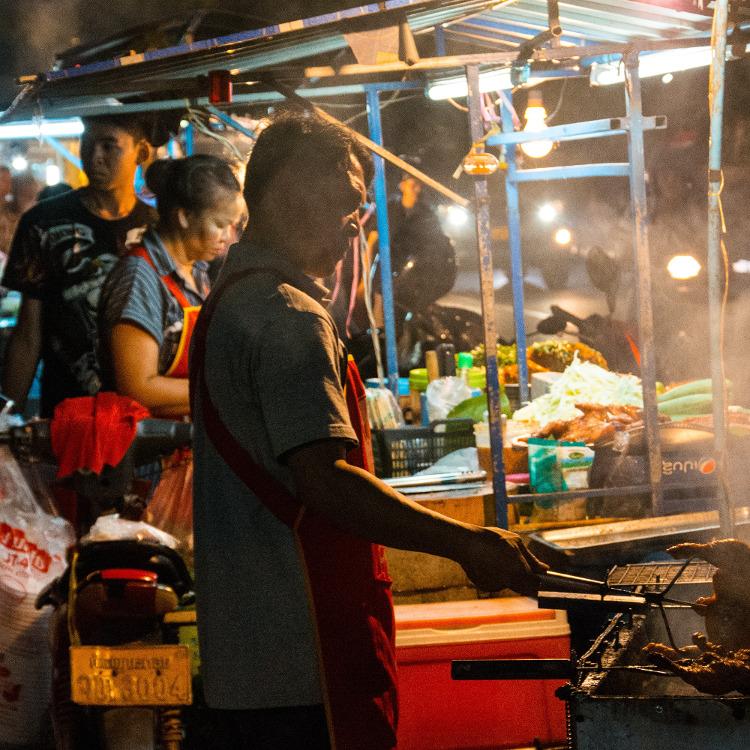 Vientiane is the capital of the Lao People’s Democratic Republic, however with a population of approximately 500,000 people is probably the most laid-back capital in Asia. Located on the majestic Mekong River with Thailand across on the other bank, Vientiane (translated as 'sandalwood city') dates from the 10th century but has been the capital of Laos from the early 16th century to the present. At various times throughout its history, Vientiane was controlled by Siamese, Burmese, Khmers, and more recently the French, and now displays a mix of many influences, including Laotian, French, Thai, Vietnamese and Chinese.

Today Vientiane is a relatively small city with a relaxed atmosphere and tree-lined boulevards, French colonial architecture and old Buddhist temples to discover. Vientiane is also a good base for day trips to the scenic Nam Ngum Lake area or visits to the surrounding countryside.