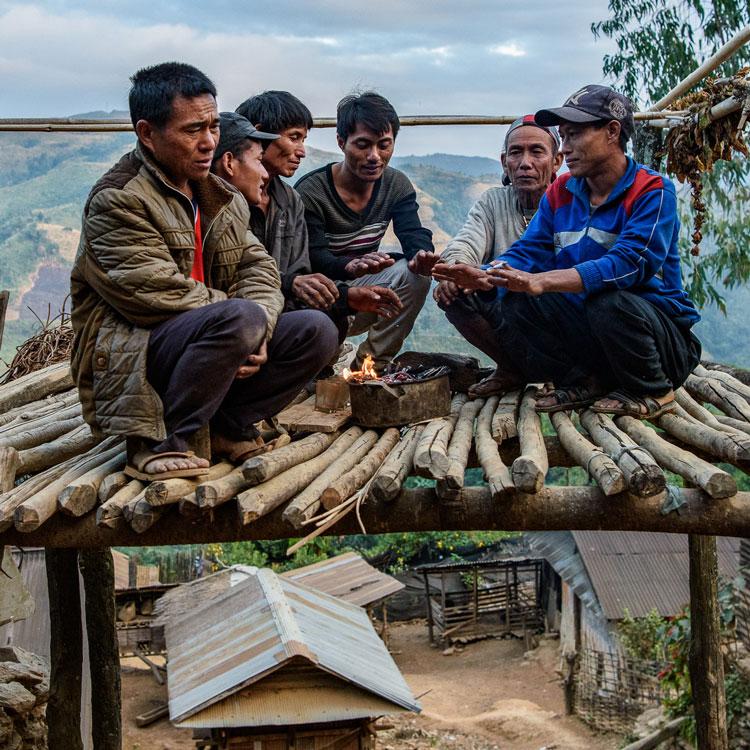 Xieng Khuang Province, an area of strategic trading and military importance for Laos, is a mountainous region north of Vientiane located nearby the Vietnamese border.

Phonsovan, the region's capital, acts as a hub for the area and includes a collection of archaeological riches, including the mysterious Plain of Jars – the main drawcard for visitors to this province. The purpose of the Plain of Jars remains unrevealed even today, with myths, legends and theories abounding. There are over 500 jars spread over three sites and varying in size from 1 - 3 metres in height. These Jars are thought to have been carved from the solid rock around 2,000 or 3,000 years ago, and there have been recent UNESCO sponsored projects to determine the history of the jars.

The area has also been home to conflicts with neighbours, and by 1964 the North Vietnamese and Pathet Lao had established vast tunnels under the Plain of Jars as part of the Ho Chi Minh trail. The surrounding mountains are also home to several ethnic minorities, including the Thai Dam, Phuan and H’mong, the largest minority group in the area. There are regular direct flights from Vientiane to Xieng Khuang province and occasional direct flights to and from Luang Prabang. It is also possible to travel by road from Luang Prabang to the Plain of Jars (approximately 6 hours) – an opportunity for the more adventurous to get off the tourist trail and travel through some remote mountainous areas of Laos.