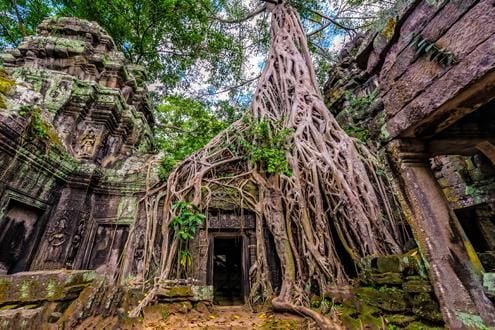 The ruins of Ta Prohm temple are one of the most intriguing sights in Cambodia. Built by the Jayavarman empire, they are thought to be around 1000 years old and were abandoned in the 17th century with the fall of the Khmer Empire.

The temple became famous after the release of the film Tomb Raider and whilst the movie took artistic liberties with Angkor Wat, it keeps quite true to the appearance of Ta Prohm.

Keep your eye out for the mysterious stegosaurus carving in the stone of this temple! It's not sure whether the stonemason based the design on this dinosaur or just a rhino or chameleon - search it out and come to your own decision. 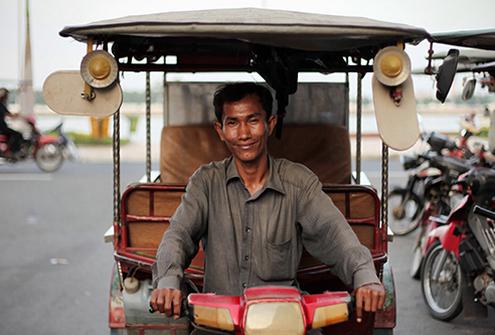 See three different sides of the remarkable country of Cambodia before relaxing at a hidden island retreat in Thailand. 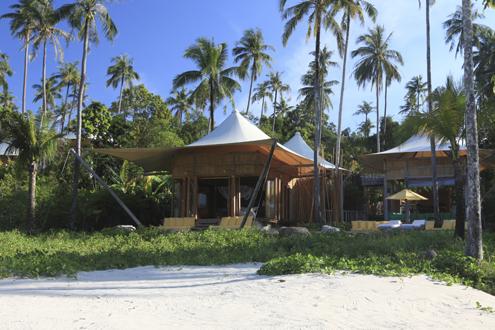 Explore the highlights and veer off-the-beaten-track too. Cambodia to Thailand overland, in style. 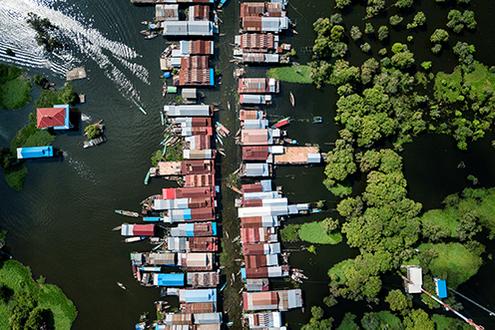 Experience the Temples of Angkor, the vibrant capital Phnom Penh and veer off-the-beaten-track to discover another side to Cambodia. 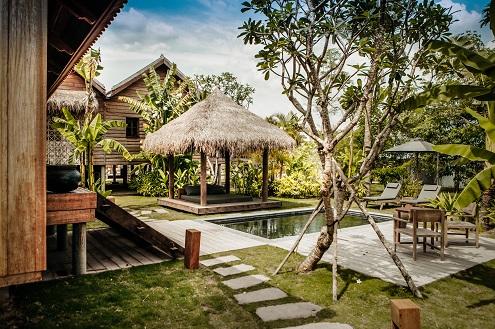 An overland adventure through Cambodia with luxurious accommodation in it's most wild and remarkable locations. 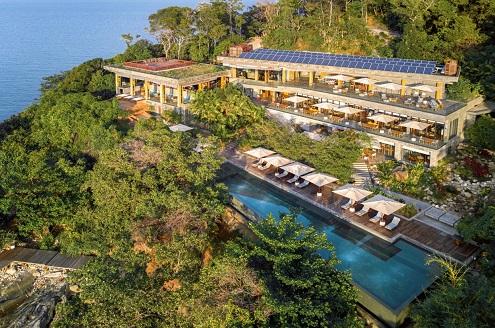 With careful planning, it's possible both to get under the surface of Cambodia and unwind at a luxury island, with limited time spent travelling around.

Map centered on Overgrown Ta Prohm Temple. Zoom out to view other hotels (H) and experiences (E) in the area.