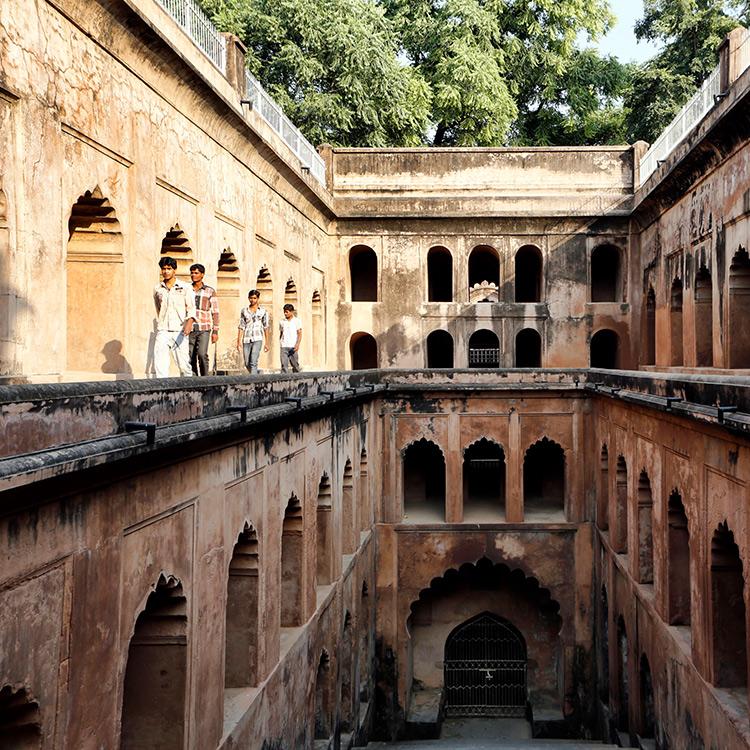 As the name implies, India’s Golden Triangle is comprised of three renowned points or cities: Delhi, Agra and Jaipur. While they may be some of the most popular destinations on the tourist trail in India, they are so for a good reason.

Delhi is split between old and new and is an enormous, sprawling metropolis. While it may be crowded and chaotic, it is also home to some beautiful green areas and parks. In New Delhi, you’ll discover a colonial oasis filled with monuments, galleries and government buildings. Old Delhi is estimated to be around 5,000 years old, and today, the walled city is mostly crowded and dilapidated. However, the ruins of an ancient and fascinating time remain, and its charm can still be seen in the narrow, colourful streets.

Home to the world-renowned Taj Mahal, Agra is home to other interesting sights worth visiting, such as striking monuments and the nearby Chambal Valley with its breathtaking landscapes. The third point, Jaipur, is known as the pink city. With its spectacular buildings and the grand Amber Fort, the streets are chaotic and pose a fascinating juxtaposition of new and ancient.

Of note and conveniently located between Agra and Jaipur, Ranthambore National Park is arguably India’s most well-known national park. Head here to spot tigers and jungle cats amongst many other species of wildlife residing amongst lush greenery, lakes and valleys. Likewise, Keoladeo Ghana National Park, just west of Agra, is great for birders and is located close to the small town of Bharatpur.