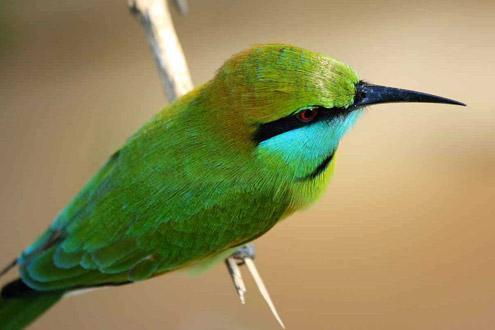 Located 245 km southeast of Colombo, Bundala National Park is a fantastic maze of waterways, lagoons and dunes that glitter like gold in the glowing evening sun. Designated sanctuary status in 1969, awarded Ramsar status in 1991, and National Park status in 1993, the park is Sri Lankas fourth UNESCO Biosphere Reserve due to its wealth of wetland birds.

This paradise provides a home to thousands of colourful birds ranging from little bee-eaters to large open-billed storks and the rare Black-necked stork, and Lesser Adjutant. It is possible to see flocks of over 1000 Greater Flamingos here as well as large flocks of numerous other species.

Bundala National Park contains not only a wealth of birds but also other species. Forty-eight species of reptiles, 52 species of butterfly, 15 species of amphibian and 32 species of mammal inhabit the park including Toque Macaque, Common Langur, Jackal, Leopard and Fishing Cat among others.

Spend a morning or afternoon exploring the national park with a jeep and guide from your base in Tissa or Tengalle.

Map centered on Bundala National Park. Zoom out to view other hotels (H) and experiences (E) in the area.