Sri Lanka's east coast is increasing in popularity as more hotels open up and the logistics of travelling around here become simpler. As well as having most of the island’s best beaches, the east coast is in season during the May to September period: with flat seas and low rainfall, just as the south coast sees rougher seas and monsoon winds bringing heavy showers. The east coast beaches are generally under-developed and picture-postcard pretty.

The main beach holiday destinations on the east coast are Trincomalee to the north, Pasikudah in the middle and Arugam Bay to the south. All of these locations have excellent hotels and beach resorts. Outside of these areas, though, are miles of untouched and undeveloped coastline.

To the north, Trincomalee is a large town built around a harbour, described as one of the finest in the world. The large potential for tourism in this area has not yet been explored, but it is an interesting place to visit and the beaches to the north of the town, at Uppuveli and Nilaveli, are spectacular. There are also some hot springs in the area and wonderful old temples. Elephants sometimes roam freely in the surrounding countryside, which is beautiful and at times wild.

Pasikudah's wide, sweeping bay is commonly regarded as the best beach on Sri Lanka’s east coast, though it has suffered from too much post-war development. Nearby Batticaloa is a fascinating town and well worth a visit too, with its large lagoon and interesting if tragic recent history. Like much of the region, it is ethnically and religiously diverse.

Further south, with world-class surfing during the right season, Arugam Bay attracted dedicated surfers throughout the war years and is gaining popularity rapidly now among the international surfing community.

Inland, there are the national parks of Maduru Oya and Gal Oya, which are also starting to open up again and numerous sites of religious and cultural significance.

Please contact us for advice on staying in this area. Infrastructure does not yet compare to the rest of the country, although this adds a certain charm and sense of adventure to any trip to this region.

For more, see our guide to Sri Lanka. 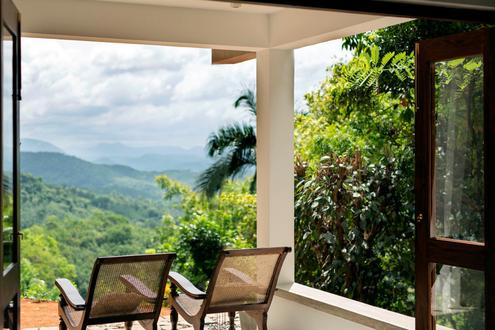 Escape the crowds, take in some of the best scenery in Sri Lanka at a slow & relaxing pace and stay in some unique hotels.