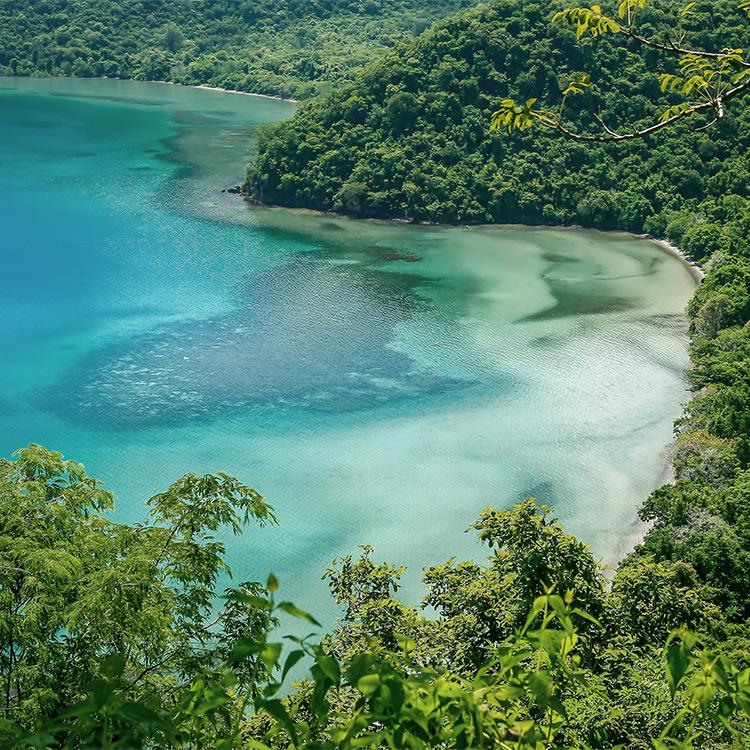 With a vast difference in geography, language, culture, climate, flora and fauna from the East and the West, Sumbawa is like two islands in one. Three times the size of Bali, although much less developed, the Sumbawan landscape has been dramatically influenced by the eruption of Mount Tambora in 1815, the single largest volcanic eruption in recorded history, also known as the ‘volcano that changed the world’. You can make the trek up here in two to three days if you’re game! The lands of Sumbawa are now fertile, mountainous and diverse, with the great surf breaks along the shores being one of the biggest attractions in this part of Indonesia.

International tourism has only recently been welcomed to Sumbawa, and while it may be lacking in infrastructure in many areas, much development is happening in the West thanks to the government’s investment. You’ll find airports in the East and West, and excellent road networks connect the island surprisingly well, making overland travel very easy.

Two distinct kinds of people live on the island and are very conservative. The Sumbawanese people reside in the West, while you’ll find the Bimanese speaking Indonesians in the East. Much of Sumbawa is Islamic, although, in more remote parts, you will find the traditional ways of life are still very much alive and thriving.

Head to the West for great diving opportunities and to discover both Moyo Island and the lesser-known Eight Islands. Famed among wildlife lovers and birdwatchers, Moyo’s natural reserve is rich in biodiversity and is an excellent spot for a luxurious getaway. In Sumbawa’s East, you can discover excellent surf spots, ethnic groups, Mount Tambora and volcanic land.