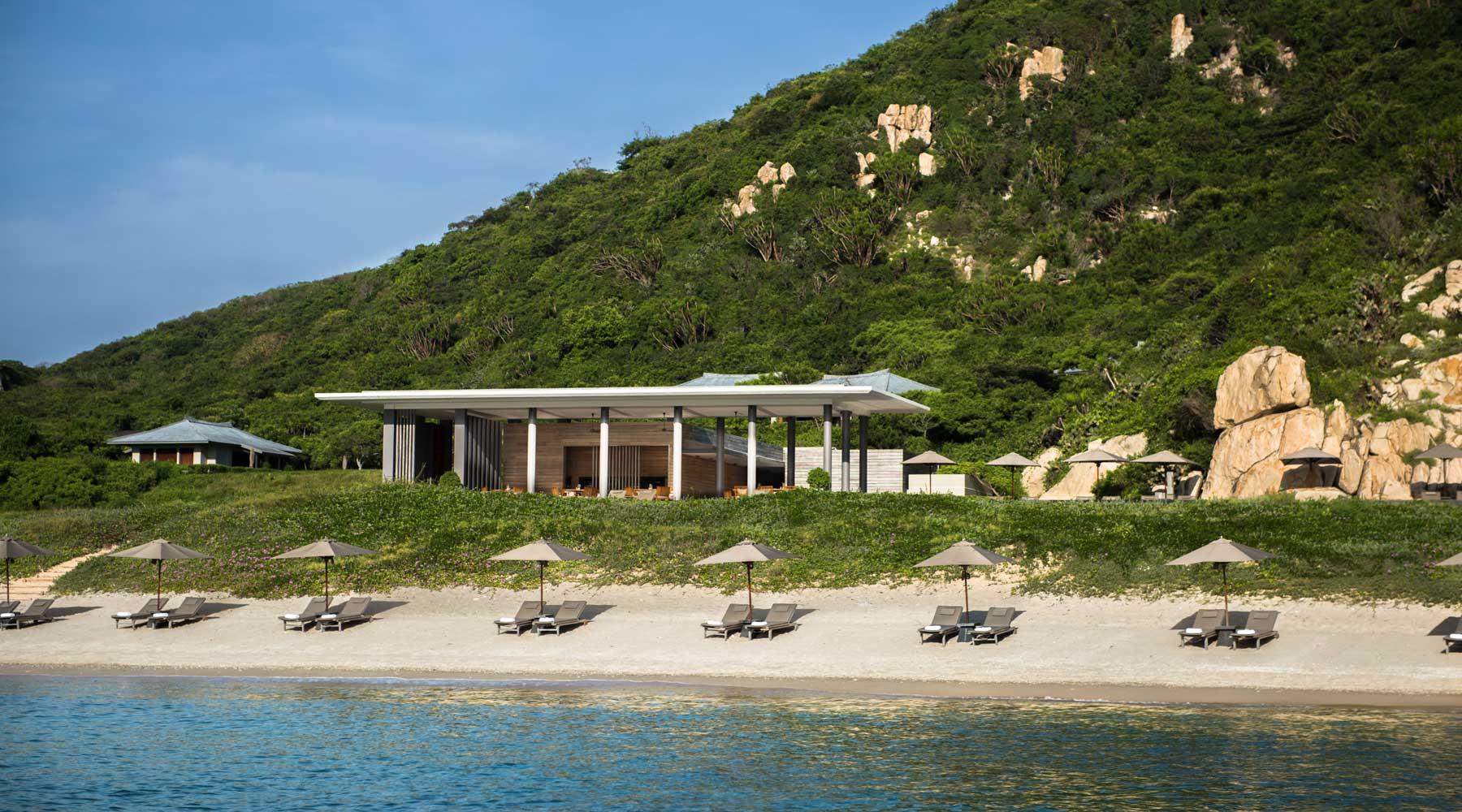 Vietnam is a long and thin country, encompassing various climates at different times of the year. Typically the best time to go to Vietnam is from November to April, when the rainfall is lowest and the days are bright and sunny. However, the climate is generally warm and humid throughout the year, making it the perfect destination for travellers in search of winter sun, or summer holidays on the beach. For help planning your luxury Vietnam holiday, we’re only a phone call away. 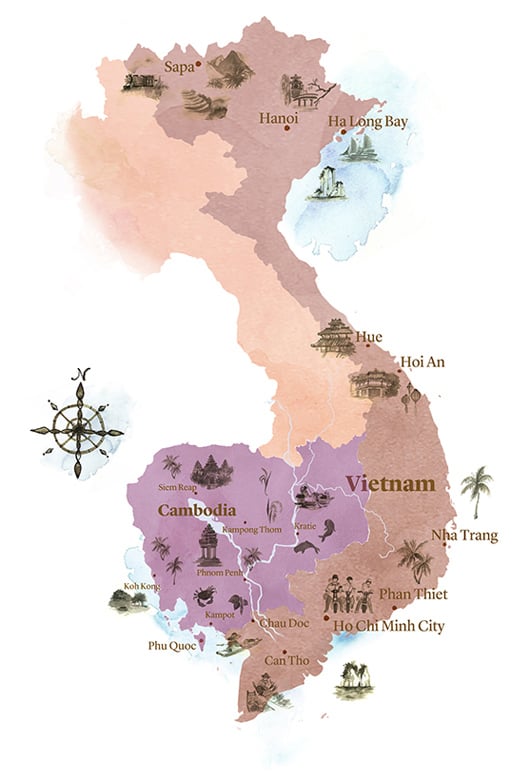 When to visit Vietnam
(Quick Summary)

Weather In Vietnam Throughout The Year

A fantastic time to visit Vietnam - these months bring warm, dry weather across the country. Whilst the north of Vietnam and particularly the Northern highlands may feel a little chilly at times, the south of the country and beaches will be hot and basking in sunshine. The beaches in central Vietnam will be warm, but not usually hot at this time.

April is a transitional time for Vietnam’s weather as it comes out of its peak season and starts to head towards its wet summer season, but make no mistake that it is still a brilliant time to visit. The south may have spots of rain, but for the most part, it is hot, sunny and dry. The central regions begin to enter their hot, dry season making an Easter beach break ideal.

The beaches of Hue and Hoi An are hot, dry and sunny at this time of year - perfect for the summer holidays. The north is now firmly in its hot, wet summer with daily rain and humidity. The south will also be in the wet season, but this is typically characterised by short, sharp bursts of showers followed by clear skies for the rest of the day. Tourist numbers are lower, so it's still an excellent time to travel.

Some of the wettest months in Vietnam mean you will meet rain across the whole country. Conditions in the north start to improve, with trekking in Sapa possible again. Heavy rains and high winds start to hit the central highlands, making it unsuitable for the beach, and the south is still quite wet, although towards the end of the month the change is noticeable as it moves away from its wet summer.

This is when Vietnam’s dry season returns fully across the country. The north will be clear and dry, although colder and certainly so in Sapa where temperatures can feel a bit chilly at night. The central typhoons have ended meaning Hoi An and Hue will be dry and sunny, and the south of the country is at its absolute best – clear skies, no rain and sun-drenched beaches.

Another great month for Vietnam, the whole country will be sunny and dry, with warmer temperatures found in the south, especially along the lovely coastal areas of Mui Ne, Phan Thiet and Phu Quoc Island. Trekking conditions in Sapa are good with clear skies and less fog, although the evenings are a little chilly.

Weather in Vietnam by region

Due to the length of the country, the weather in the mountainous North can be very different from that of the Central coastal regions and again from the cities and rivers in the South. Essentially, Vietnam has three weather systems - so it is, therefore, easiest to break the country down into three sections.

Consisting of Vietnam’s capital city Hanoi, the UNESCO protected Halong Bay, and the mountain towns of Mai Chau, Sapa and Ninh Binh, this is an area where clear skies are key for making the most of the stunning scenery. From November to April, the North is bright and sunny with minimal rainfall, creating the perfect conditions for trekking through the hilly rice terraces and cruising across Halong Bay. It can get chilly though, with temperatures dropping below 10 degrees in the mountainous areas, so those travelling between December and February should come prepared. From May to October the North warms up, becoming humid and wet, so you can expect heavy downpours. These shouldn’t last all day, but can sometimes prevent junk boats in Halong Bay from setting sail.

Travelling further down the country sees much warmer year-round climates, rarely dropping below 20 degrees. The central towns of Hoi An, Danang and Nha Trang are close to miles of Vietnam’s coastlines, making it the perfect place for a beach break. The central area experiences particularly hot and sunny weather from May-August, making it the ideal summer holiday destination. As the ancient town of Hue and the incredible Phong Nha caves are also in this region, it’s the perfect destination for a family holiday.

With a warm climate throughout the year, Central Vietnam is still great to visit during the winter months too, but skies just might be a bit more grey. The rainy season here typically runs from September to December, though it is strongest in October and November when typhoons often blow through.

The climate in the South remains much more tropical across the year and can be split simply into two seasons. November to April is the dry season, whilst May to October is considered the rainy season. However, the rains here are far lighter than in the North, often consisting of short sharp showers that pass quickly and leave sunshine in their path. This makes it possible (if humid) to visit Ho Chi Minh City and the Mekong Delta during the wet season, as well as the dry. The beaches of Mui Ne and Phu Quoc island are also located in this region, making them a great alternative to the central beaches for those looking to travel during the European winter.

The most notable festival to take place in Vietnam is ‘Tet’, which is the Vietnamese Lunar New Year. Tet usually takes place towards the end of January or the beginning of February, depending on the Lunar calendar and is often celebrated in the form of a big family get-together. During this time, hotels can be busier, as locals often use this as a time to go away themselves. Shops and restaurants will usually shut down over this period too and guides tend to head home for a few days, so this should be considered when planning a holiday during this time. Many smaller celebrations happen throughout the year, which your travel consultant will be happy to advise you on and help you to plan an itinerary around.